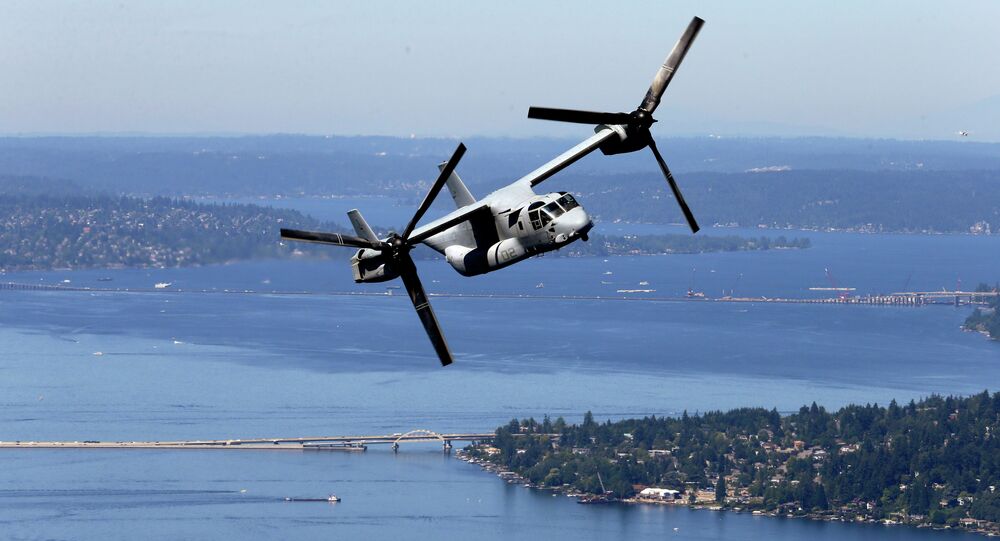 A US military aircraft that crashed in Australia on Saturday was found off the country’s northeast coast this weekend by a Australian Navy survey ship, according to Australian Defense Minister Marise Payne.

The Osprey was from Marine Medium Tiltrotor Squadron 265 and crashed into the transport dock of the USS Green Bay around 4 p.m. local time Saturday, sliding afterward into the ocean.

The US Marine Corps said in a statement that the craft had taken off from the amphibious assault ship USS Bonhomme Richard (LHD 6). "The circumstances of the mishap are currently under investigation," it noted. Twenty-three of the 26 service members on the downed aircraft were rescued from the crash site. The search for the final three has since been suspended.

Payne said in a Monday statement that before divers are sent down to the aircraft, Australian Navy divers will conduct underwater vehicle operations remotely. According to Payne’s statement, the Melville arrived in Shoalwater Bay overnight and the submerged US helicopter was found shortly after survey operations in the area commenced.

The service has shifted its efforts from a search-and-rescue operation to a recovery mission, a process that could take several months to complete. The lost Marines’ next of kin have been notified.

Japanese Defense Minister Itsunori Onodera told reporters on Sunday that in response to the crash, he had "requested that [the Americans] refrain from all flight operations by MV-22 Ospreys in Japan," according to Stars and Stripes.

Onodera only took office last week, replacing Tomomi Inada, who resigned amid a record-keeping scandal. Onodera also asked the US Marine Corps to furnish information on the crash and to take all necessary preventative action.

A kind of plane-helicopter hybrid, the Osprey first arrived in Okinawa in 2012, after a spotty development period that included several crashes. There have been consistent protests against the aircraft on the Japanese island, and Okinawa Governor Takeshi Onaga promised to expel the Osprey from the area while on the campaign trail.

Calls for its expulsion was renewed last December when pilots had to abandon an Osprey near northern Okinawa’s Camp Schwab after a crash, leading all the aircraft at the base to be grounded.

Two US Marines were killed in 2015 after an Osprey crashed during a training exercise in Hawaii.

US Approves $101.4Mln Sale of Tank Practice Ammo to Australia