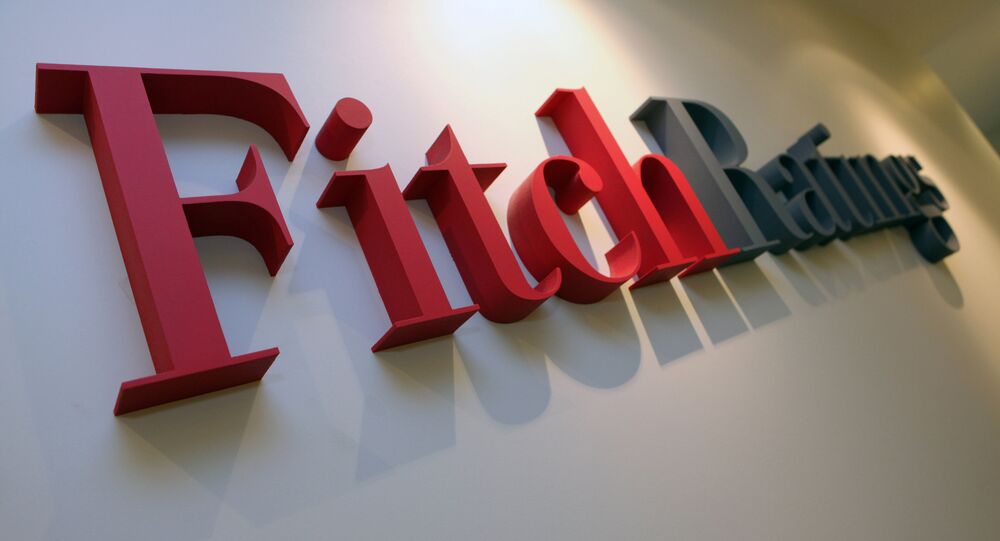 According to Fitch Ratings press release, the global GDP forecast has been increased for years 2017 and 2018 as the world economy continues to show signs of improvement.

© Sputnik / Vitaliy Belousov
Russian GDP Increased 1.3-1.5% Year-on-Year in April-June - Central Bank
WASHINGTON (Sputnik) – The global GDP forecast has been increased for years 2017 and 2018 as the world economy continues to show signs of improvement, Fitch Ratings said in a press release on Monday.

"The recent flow of good news on the world economy has continued since our June Global Economic Outlook (GEO), with Fitch now revising up its 2017 and 2018 world GDP growth forecasts to 3.0 percent (from 2.9 percent in June) and 3.2 percent (from 3.1 percent), respectively," the release stated.

Fitch explained that the revisions are led by better-than-anticipated recovery in emerging markets, especially in China and that data suggests the recovery has spilled over into advanced markets as well.

"Spill-overs from the rebound in emerging market demand are reflected in the fastest growth in world trade since 2010," Fitch Chief Economist Brian Coulton added.

Eurozone growth increased 0.6 percent, while GDP growth in the United Kingdom remained subdued at 0.3 percent as Brexit uncertainties continued to weigh on the market.