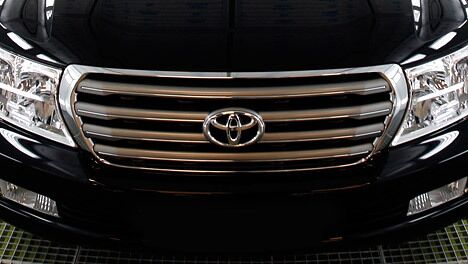 "As part of the new alliance, Toyota and Mazda have agreed to explore establishing a joint venture plant in the U.S. with equal funding contributions… Pending approvals and authorization by relevant government agencies, the companies will begin to examine detailed plans with the goal to starting operations of the new plant in 2021. The plant will require a total investment of approximately 1.6 billion U.S. dollars, and will create up to 4,000 jobs," the press release said.

The cooperation between the two automakers will expand in such areas as production of vehicles at a joint plant in the United States, development of electric cars, connected-cars and advance safety technologies.

The new plant is expected to have a production capacity of 300,000 vehicles per year. The companies will now have to get authorization by the relevant government bodies, after which they will proceed to detailed discussion of the project, according to the press release.

Toyota began its manufacturing operations in the United States in 1972. Over the past 60 years, Toyota has directly invested $23.3 billion in the United States, creating 470,100 jobs. Mazda entered the US market in as Mazda Motor America in 1970. It is the largest component of the company outside Japan. For North America, Mazda produces vehicles at two plants co-owned by Ford.

Toyota Recalls 32,000 Pickup Trucks in US Over Stalling Threat at High Speeds