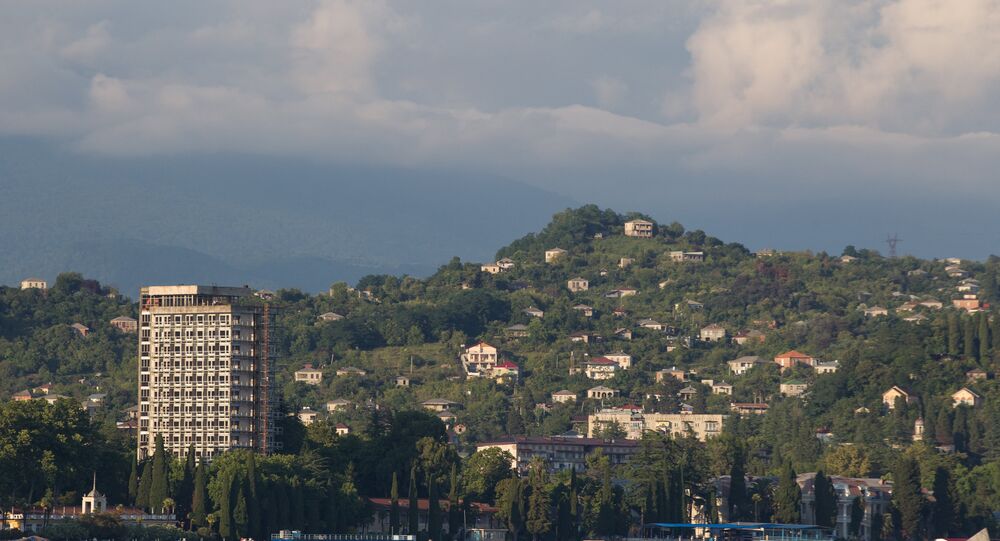 © Sputnik / Pavel Lisitsyn
Abkhazia Munitions Depot Blast Injures 60
MOSCOW (Sputnik) – Bodies of two Russian nationals were found in the near the munitions depot in Abkhazia where a blast injured scores of people, the Abkhazian Emergencies Ministry told Sputnik on Thursday.

"We were looking for three people … We found two bodies, of Yelena Polyakova, born in 1970 and Yelena Timofeeva, born in 1962. They were both from St Petersburg," a ministerial spokesman said.

The explosion tore through the depot in the village of Primorskoye on Wednesday afternoon. The blaze was put out late at night and detonations stopped.

A blast at a munitions depot in Abkhazia, a former Georgian territory, has injured 60 people, some of them gravely, a Health Ministry spokesman told Sputnik.