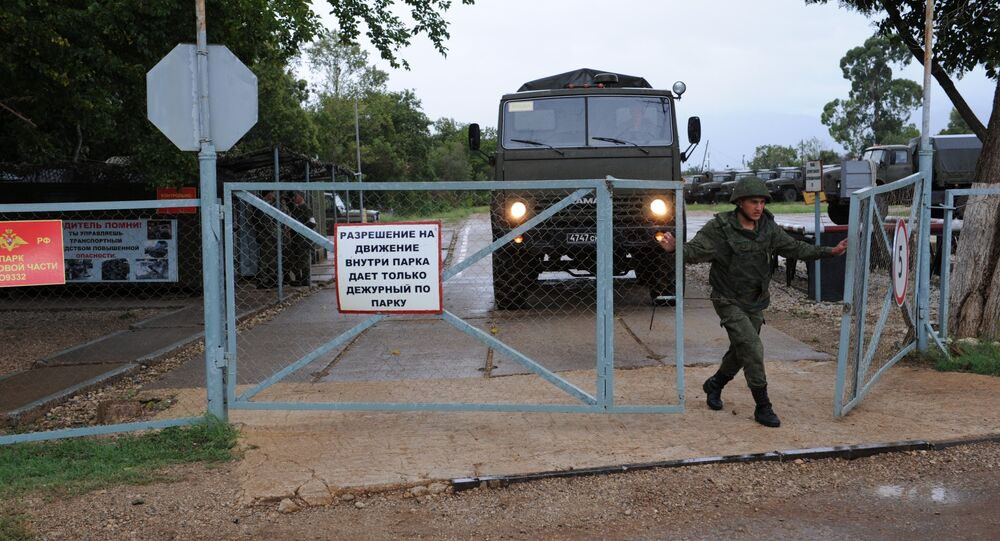 The personnel and facilities at the Russian military base in Abkhazia were not affected by an explosion at an ammunition depot of the Abkhazian Defense Ministry on Wednesday, spokesman for Russia's Southern Military District Col. Vadim Astafyev said.

MOSCOW (Sputnik) — According to the Russian embassy in Abkhazia, about 20 people were injured in an explosion at an ammunition depot in the village of Primorskoye.

"As a result of the explosion at the ammunition depot of the Ministry of Defense of Abkhazia in the Gudauta district, the personnel and military facilities of the Russian military base have not been affected," Astafyev said.

"At present, the command of the Russian military base has organized interaction with the republic's Defense Ministry to eliminate the consequences of the crisis situation and provide assistance to the victims," the official added.

© Photo : Christopher Herwig
Moscow Hopes Criminals Behind Attack on Russian Tourists in Abkhazia to Be Found Soon
The breakaway republics of South Ossetia and Abkhazia declared independence from Georgia in the early 1990s. In August 2008, Georgia launched a military offensive against South Ossetia. Trying to protect local residents, many of whom held Russian citizenship, Russia sent troops to South Ossetia and engaged in a five-day war with Georgia. As a result, Russia managed to expel Georgian troops from the region and recognized the independence of both Abkhazia and South Ossetia. Tbilisi does not recognize the republics' independence and considers them part of Georgia.
...
Reddit
Google+
Blogger
Pinterest
StumbleUpon
Telegram
WhatsApp
40