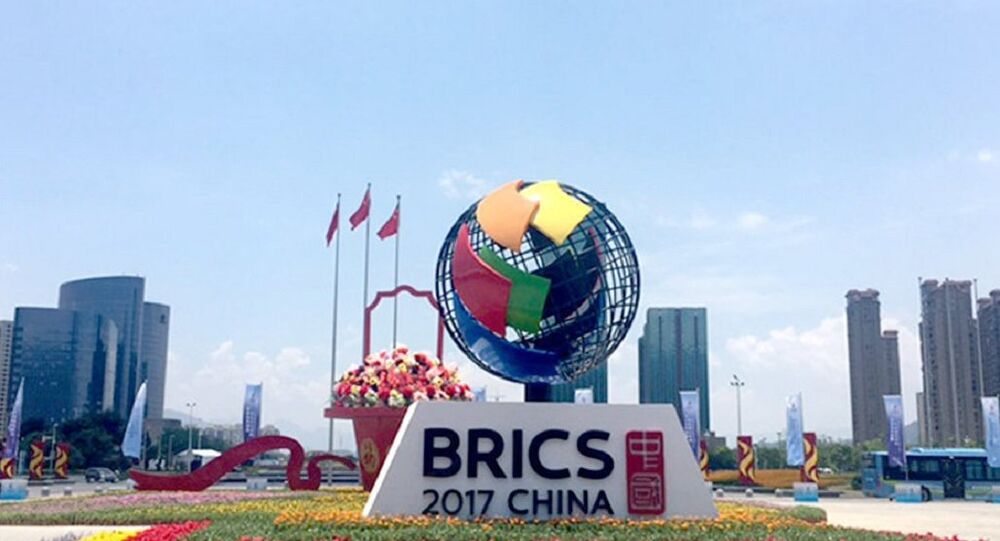 "The energy ministers of BRICS member states agreed to look into the opportunity of creating BRICS Energy Research Cooperation Platform. We consider this idea useful. The joint analysis of [natural resources] reserves, markets and also our technological capacities will contribute to increasing the efficiency of cooperation in energy sector within BRICS framework," Patrushev said at the BRICS member states' national security high representatives' meeting in Beijing.

According to the official, the energy resources supply exceeds its demand in the global market at the moment, but the long- and medium-term forecasts prove that the demand will be steadily rising.

"Renewable energy, even though it is important, will not be able to fully cover the increasing demand. The role of hydrocarbons will remain significant. Meanwhile, the existing gas fields will be able to meet only 60 percent of the global supply by 2040," he said.

© REUTERS / Danish Siddiqui
Necessary to Look Into Initiative to Create BRICS Energy Agency – Putin
Patrushev noted that the countries should invest in new deposits, which were often located in remote areas and which exploitation would be difficult from the technological standpoint.

On Friday, the seventh meeting of the BRICS member states’ high representatives on national security kicked off in the Chinese capital of Beijing.

BRICS is an association of five developing economies, namely Brazil, Russia, India, China and South Africa, which is aimed at enhancing cooperation in a number of spheres.

In June, the energy ministers of BRICS member states met in Beijing on the sidelines of the 8th Clean Energy Ministerial Conference, which was held on June 6-8. The ministers agreed to discuss the possibility of establishing BRICS Energy Research Cooperation Platform. Within the framework of the platform, the countries will implement joint researches on energy cooperation and possible benefits from each other's capacities. The next meeting of BRICS members' energy ministers will be held in South Africa in 2018.

So, Who is Against Free Trade? Not BRICS+, For Sure

Third BRICS Youth Summit Kicks Off in Beijing on Monday