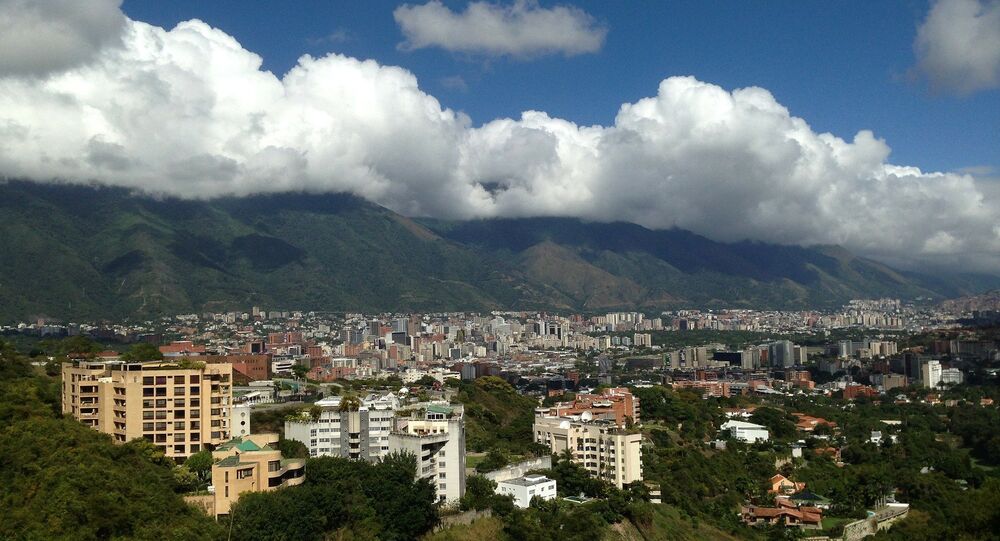 "We know about Russia's great experience in mining diamond deposits. Russia also has a rich experience in mining gold. There have already been meetings with the Ministry of Environment and Natural Resources so that a group of specialists in geology could visit Venezuela and join this work… At the same time, there are companies that are now working with our Ministry of Environment and Natural Resources. These are concrete steps that in the coming weeks will be somehow fleshed out. There will be announcements about that," Tortosa said.

Asked if the company in question was Alrosa, a Russian diamond mining group, the ambassador clarified that he meant VostokCoal.

The ambassador explained that Venezuela was interested in developing the so-called Arco Minero (Mineral Arc), an area containing rich deposits of coal, diamonds, gold and coltan.

© AP Photo / Ariana Cubillos
US Moves in Venezuela Expose Washington’s Hypocrisy on Russia
Vostokugol was founded in 2012. Accroding to Alexander Isaev, the head of the company, VostokCoal is expecting to mine 15 million tonnes of coal this year and over 25 million tonnes in 2019.

He said that the states were discussing prospects for cooperation in the telecommunications sector.

"Our vice-minister was here on a working visit. He met with his Russian counterpart. They considered in particular the technological platform with which Venezuela is working and those projects that exist in Russia so that they can be developed on the Latin American continent. There is our common ground. On its basis, some joint plans and projects are being developed. In particular, we are discussing the of laying a cable between two countries, this will be an optical channel," Tortosa said.

In addition, the ambassador said that representatives of the two states discussed the issue of information security, as well as the fight against cyberterrorism. Tortosa also acknowledged Russia's strength in cybersecurity.