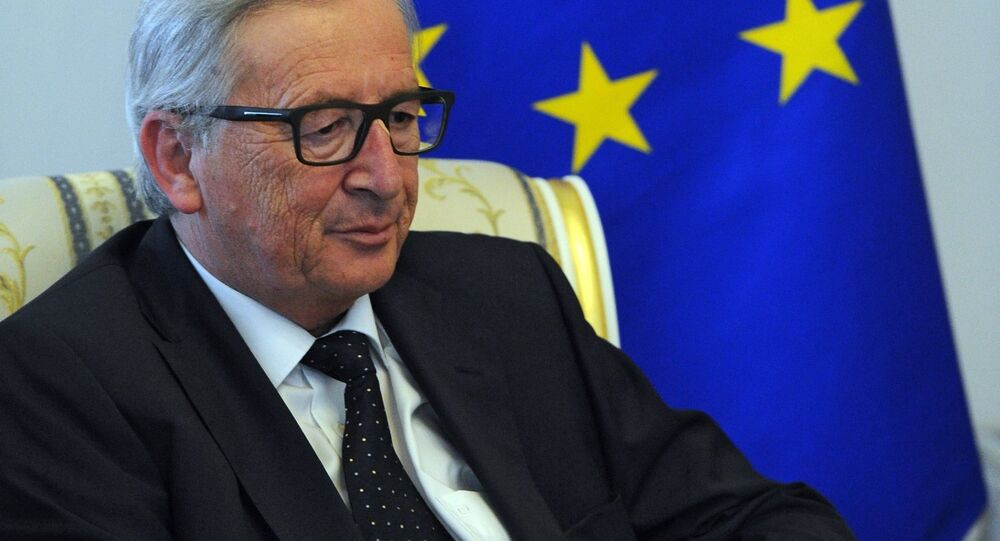 European Commission President Jean-Claude Juncker is especially concerned over the fact that the energy-related restrictive measures against Russia might be used against European companies involved in the development or operation of energy export pipelines in Russia or to Europe, according to media reports.

According to an internal note prepared for the EU Commissioners, seen and cited by the Politico media outlet, the EU Commission head is especially concerned over the fact that the energy-related restrictive measures might be used against European companies involved in the development or operation of energy export pipelines in Russia or to Europe. The note stressed that the impact of the new sanctions package "would, in reality, be much wider."

© Sputnik / Vladimir Astapkovich
US Administration Supportive of Anti-Russian Sanctions Bill - White House
The European Commission is currently formulating an appropriate response that could be based on the EU "Blocking statute," according to which no decision based on extraterritorial US laws is enforceable in the European Union. The EU Commission also might seek a public declaration from US authorities that discretionary powers would not be used against European companies.

The vote on the new US draft bill is scheduled for Tuesday in the House of Representatives. Kremlin spokesman Dmitry Peskov has already stated that Russia assessed the new draft law extremely negatively.