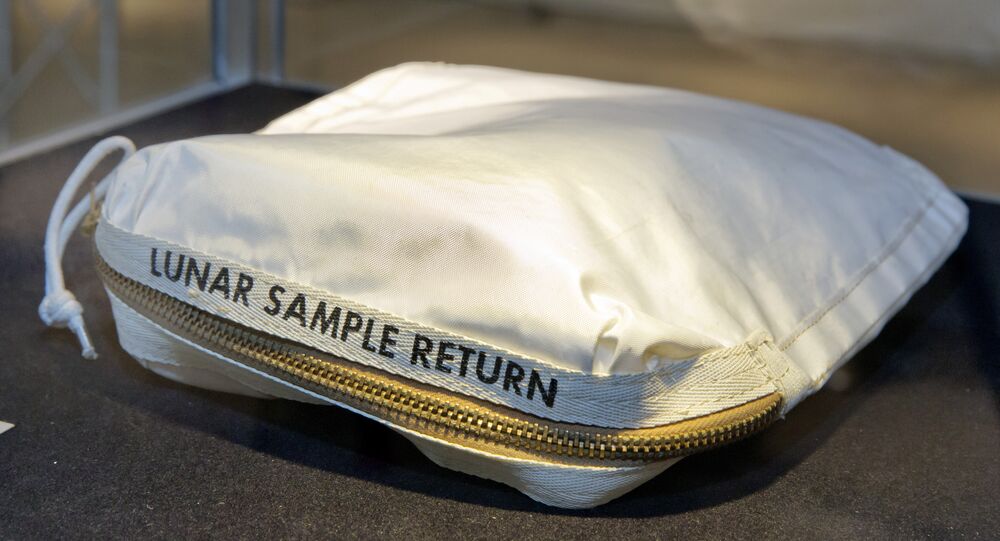 After an intense legal battle, a bag containing moon dust that belonged to a Chicago area woman has fetched $1.8 million at auction.

Astronaut Neil Armstrong used the collection bag during the 1969 Apollo 11 mission, and its presale value was estimated at $2 million to $4 million. It was presented along with other space-related items at a Sotheby's auction in New York City on Thursday.

The 12-by-81/2-inch polyester and white Beta cloth bag has had quite the journey. After completing its space mission, the bag was stolen along with a collection of other items and wound up in the possession of Max Ary, who, according to court records, ran the Kansas Cosmosphere in Hutchinson, Kansas.

After Ary was convicted of taking and selling the items, government officials seized the property, selling some of it to furnish the $132,000 restitution he was ordered to pay. The bag containing moon dust was sold by mistake, as it was confused for a bag that contained no dust.

Nancy Lee Carlson of Inverness, Illinois, a suburb of Chicago, bought the bag, which was labeled a "lunar sample return," for $995 in February 2015 on an online federal auction site.

The baby boomer told the Chicago Tribune that she kept the bag in her closet, eventually sending it to NASA to verify whether it had in fact been used in a space mission.

NASA confirmed that the fine, dark gray powder inside the bag was in fact moon dust, but then confiscated it as government property once officials realized its connection to the Ary theft.

Carlson filed a federal lawsuit to reclaim the bag, but NASA refused, saying in a statement, "This artifact was never meant to be owned by an individual … We believe [it] belongs to the American people and should be on display for the public, which is where it was before all of these unfortunate events occurred."

A Kansas judge ruled that the space agency had no authority to reverse the sale, even if the item shouldn’t have gone up for auction in the first place, and ordered the government to return the bag in December.

After this victory, Carlson was flooded with inquiries about the bag, receiving hundreds of emails a day and even having people show up on her doorstep. All the attention prompted her to start keeping the bag in a secure location that not even she knows.

"This is like the Holy Grail," she told the Chicago Tribune following the ruling, adding that she’s "trying to be as anonymous as possible."

Sotheby’s described the bag as an "exceptionally rare relic of humanity’s greatest achievement – landing a man on the moon."

See You, Space Samurai: Japan to Put First Man on Moon By 2030

Trump Says Discussing ‘Many Options’ With Moon With Respect to N.Korea