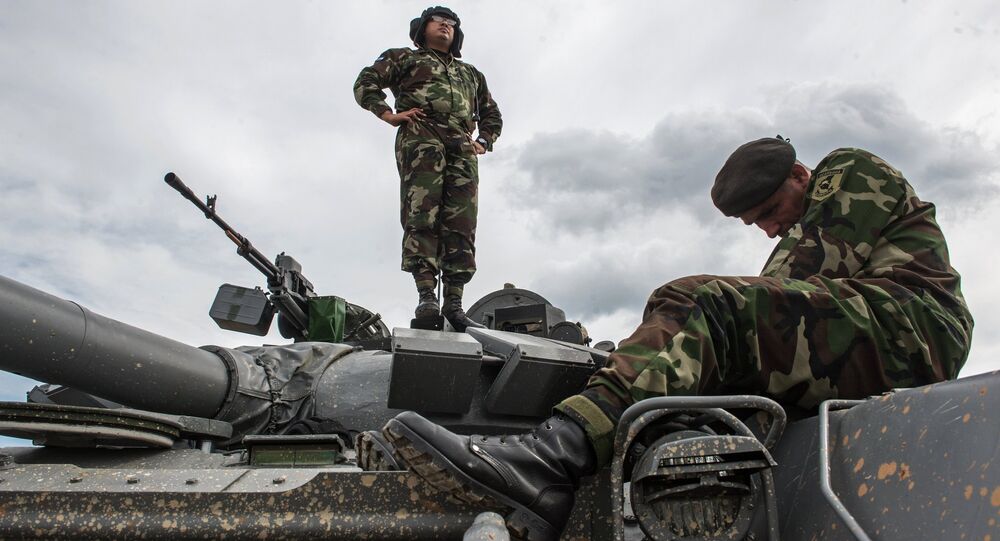 The team of Russia's Far Eastern Higher Military Command School has arrived in China to take part in the International Army Games 2017, the press service of the Russian Eastern Military District said on Wednesday.

BLAGOVESHCHENSK (Sputnik) — The International Army Games, which will take place on July 28 — August 12, are annual military competitions held since 2015 on the initiative of the Russian defense minister. The contests include competitions among tank crews, snipers, air and seaborne practices, as well as medical, scout and other contests.

"The Russian Armed Forces cadets' team for the 'Suvorov Attack' contest crossed the state border and arrived to a county-level city of Korla.. to take part in the International Army Games final," the press service said in a statement.

The event will be held on the territory of Russia, Azerbaijan, Belarus, Kazakhstan and China.

US Space Corps: Why the Idea of Battling China and Russia in Space is So Flawed