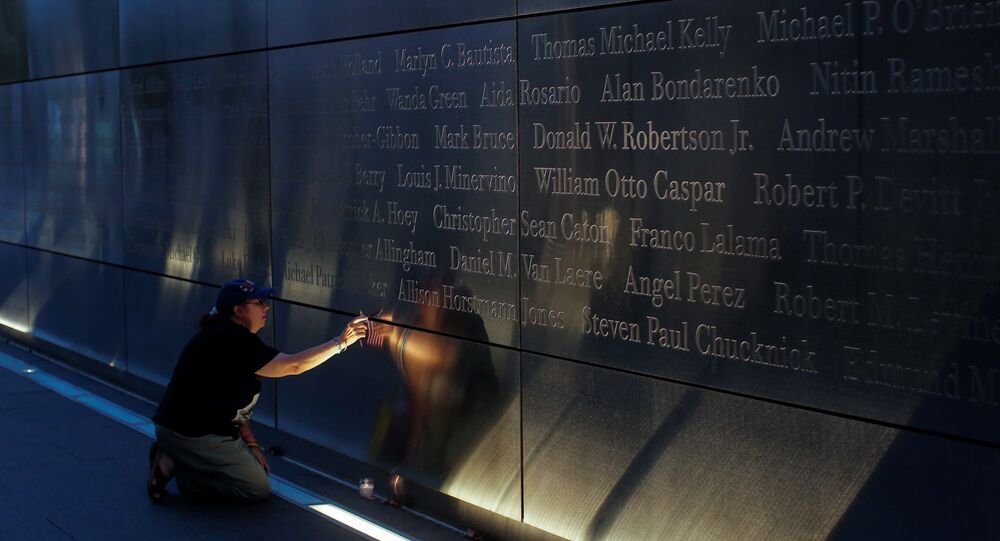 Survivors and families of the victims in the deadly September 11, 2011 attacks in New York wrote a letter to UK Prime Minister Theresa May urging to release the report on Saudi Arabia's funding domestic extremist groups, local media reported.

MOSCOW (Sputnik) — The investigation into revenue streams for extremists, particularly those originating from Saudi Arabia, was commissioned in 2015 by then-Prime Minister David Cameron and was to be published in spring 2016. However, on June 1, several UK media outlets reported, citing country's Home Office, that an investigation into the foreign funding of extremist groups may never be published due to its sensitive contents.

"The longer Saudi Arabia’s complicity is hidden from sunlight, the longer terrorism will continue… We respectfully urge you to release the report now, finished or unfinished," the letter signed by 15 people said, as quoted by the Independent newspaper.

© AP Photo / Marty Lederhandler
Putin Rejects Theory of US Intelligence Role in 9/11 Attacks
In July, the Green party co-leader Caroline Lucas told the Guardian newspaper that the delay in publishing the investigation "leaves question marks over whether their decision is influenced by our [UK-Saudi Arabian] diplomatic ties."

On September 11, 2011, Islamist gunmen seized four passenger planes, crashing two into the World Trade Center in New York, which led to the collapse of the twin towers, and another into the Pentagon. The fourth jet came down in a field in Pennsylvania after being initially directed toward Washington D.C. Some 3,000 people lost their lives in the terrorist attack.

US Flies 70,000 Sorties Since 9/11 to Stop Aircraft in Restricted Airspace