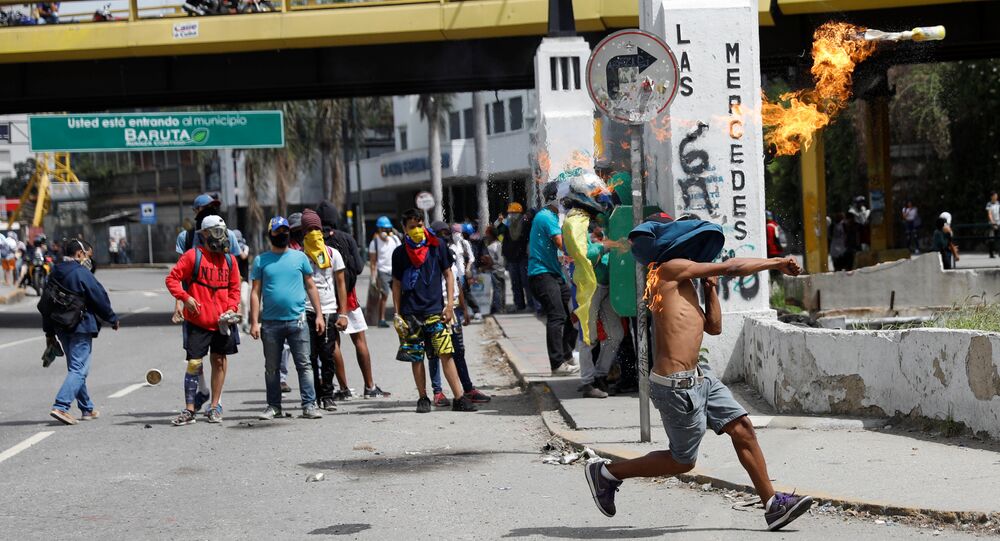 The United States called on Venezuela to bring to justice the gunmen who shot people taking part in an opposition-organized ballot this week, State Department spokesperson Heather Nauert said in a press release.

WASHINGTON (Sputnik) — On Sunday, gunmen on motorbikes attacked voters taking part in a ballot organized by the opposition, killing at least one person and wounding three other people.

"We condemn the loss of life in Catia, Caracas and deplore the violence. We call on the Venezuelan government to bring the attackers to justice," Nauert said on Monday.

Nauert said Sunday's ballot was "a massive repudiation of the proposed National Constituent Assembly, which would undermine Venezuela's democratic institutions."

She added that the vote by millions of Venezuelans affirmed unequivocally that the people support free and fair elections and respect the existing constitution.

"The United States calls on the Government of Venezuela to abandon the proposed National Constituent Assembly," Nauert said.

The spokesperson also urged other governments around the world to press Maduro to abandon a process "which only seeks to undermine democracy in Venezuela.

Several People Injured in Clashes With Police in Venezuela