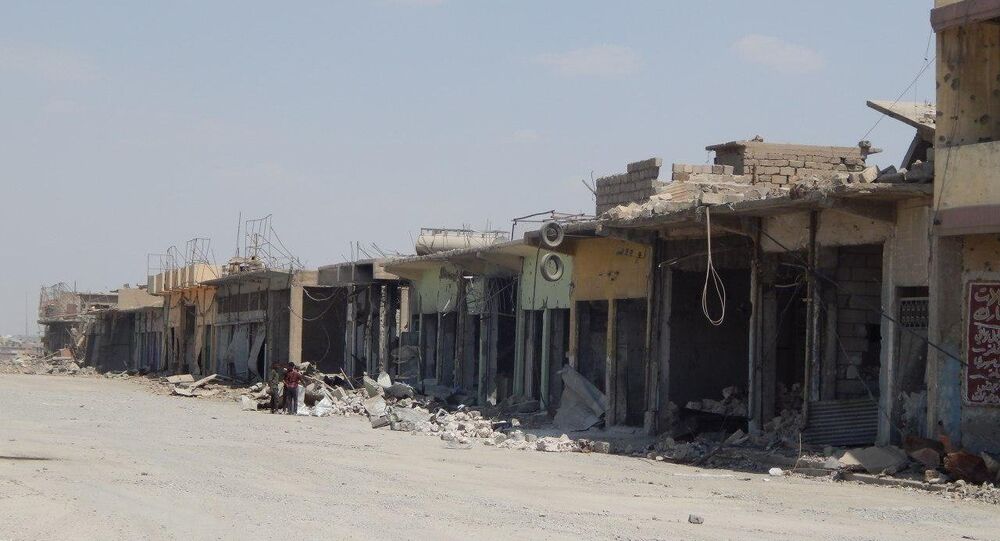 UN Estimates Up to $450Mln Needed for Families Displaced From Mosul

An estimated 700,000 residents who remain displaced from their homes in Mosul after the city’s liberation from Daesh (banned in Russia) will need between $182 million and $450 million in aid, UN Coordinator for Iraq Lise Grande told reporters by video link from Baghdad.

WASHINGTON (Sputnik) — The UN estimates are based on three possible scenarios, depending on the amount of time required before displaced Mosul residents can return, Grande explained.

"The fighting may be stopping, but the humanitarian crisis has not," Grande stated on Monday.

Humanitarian support needed for three months is estimated at $182 million, rising to $450 million if nine months are required before displaced residents can return to the devastated city, Grande noted.

© Sputnik / Andrey Stenin
US-Led Coalition Destroys Daesh Fighting Positions, Hardware in Syria, Iraq
According to the UN data, there are 3.4 million people who remain displaced from their homes across Iraq, prompting appeals for up to $1 billion in humanitarian aid.

In Mosul alone, the number of civilians outside of their homes is as high as 700,000 people, Grande said.

In addition, Grande warned that intense fighting is expected to take place in three areas of Iraq where Daesh retains a foothold, with the possibility that an additional 100,000 civilians will flee before the terrorist group is ultimately expelled from Iraq.

Three Years Without Education in Iraq's Mosul Under Daesh Rule