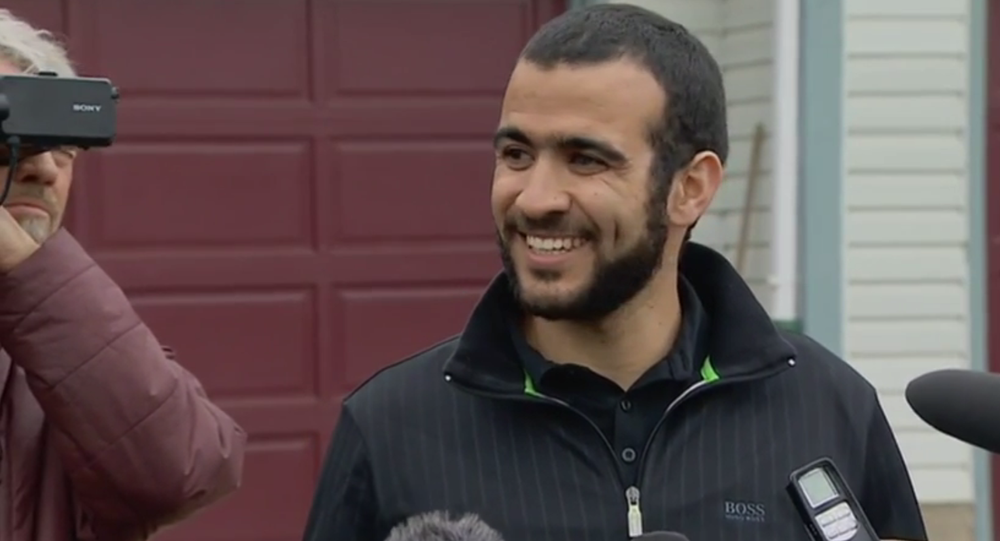 On Thursday, an Ontario Superior Court judge dismissed a request to freeze the assets of Omar Khadr, a former prisoner in Guantanamo Bay whom the Canadian government recently awarded a multi-million dollar settlement.

Last week, Ottawa reportedly awarded Khadr $8 million after the Canadian Supreme Court found that he was interrogated under "oppressive circumstances." US troops captured Khadr in Afghanistan when he was 15, following a firefight at a suspected Al-Qaeda outpost in 2002.

US Army Sgt. First Class Christopher Speer died in the conflict, and Khadr was suspected of throwing the grenade that killed him. The Canadian-born Khadr spent 10 years in detention in Guantanamo after first being held at the US’ Bagram military base in Afghanistan.

He pled guilty to five war crimes in 2010, and was released in 2015 after claiming his confessions were made under duress.

Earlier this week, Speer’s widow, Tabitha, filed a motion with the Ontario Superior Court of Justice requesting that Khadr’s assets be frozen until she receives her part of a default $134.1 million wrongful death judgement against Khadr that she won two years ago. Layne Morris, who lost an eye in the attack in which Speer’s husband perished, was included in the judgement.

Khadr has been fighting this judgement, and Morris and Speer’s attorneys have argued that he will "will dissipate his assets" unless they’re frozen. Khadr’s lawyer say these claims rely on hearsay "so vague and unreliable as to be of zero probative value," according to CBC, and that their attempt to freeze Khadr’s assets are based on "scant evidence" culled from Wikipedia and media reports.

"The applicants will undoubtedly ask this court to pretend that their Utah judgment is entirely independent from the [Guantanamo] prosecution and has nothing to do with the cruel and inhuman treatment inflicted upon [Khadr]," said Nathan Whitling, Khadr’s lawyer,  "But even a cursory review of the applicants' complaint refutes that contention."

US Warplanes Carry Out Airstrikes on al-Qaeda Targets in Yemen

Confirmed: US Conducts 20 'Precision Strikes' Against al-Qaeda in Yemen