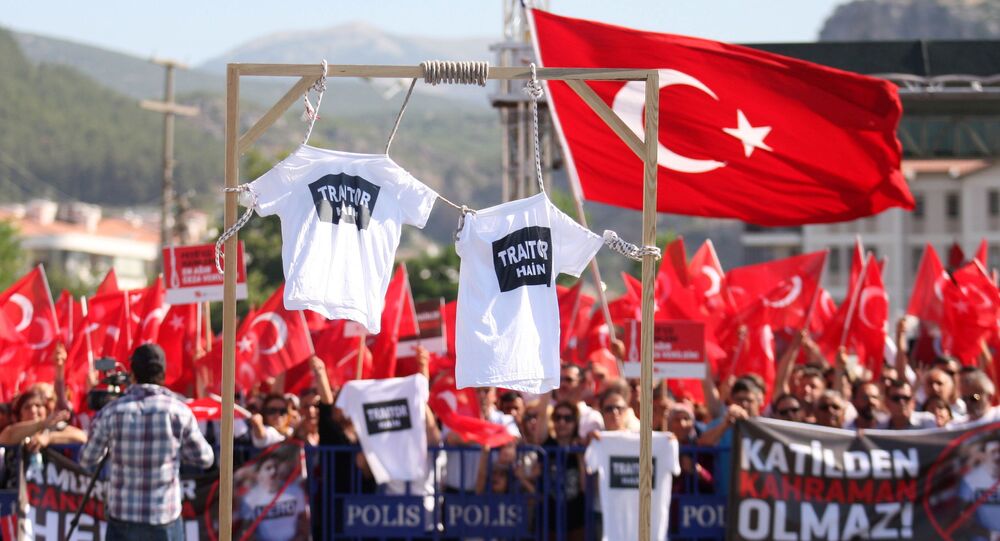 A total of 7,348 people have been dismissed from their jobs today with the Turkish government as part of the latest crackdown from Ankara against those suspected of sympathy for or involvement in the failed coup attempt by members of the Turkish military. The one-year anniversary of the coup will occur on July 15, 2017.

Those dismissed by today's decree were primarily police officers, civil servants, and academics:  2,303 police officers lost their jobs, along with 302 academics. In addition, 342 retired soldiers were stripped of their ranks and grades.

They are accused of disloyalty and membership in the Gulen movement, led by Turkish exile Fethullah Gulen who now lives in Pennsylvania. Gulen was once a close ally of Turkish president Recep Tayyip Erdogan, but is now one of his most vocal and visible critics.

Erdogan accused Gulen of organizing the coup attempt against him, a charge Gulen denies. Gulen has also gone on to say that Erdogan organized the coup himself, and is using the coup as a false flag to crack down on those disloyal to him in the police, schools, and civil service.

Since the failed coup, 50,000 Turks have been arrested and another 150,000 sacked on suspicion of being involved in the coup.

Erdogan Says Lifting State of Emergency in Turkey Not Under Discussion