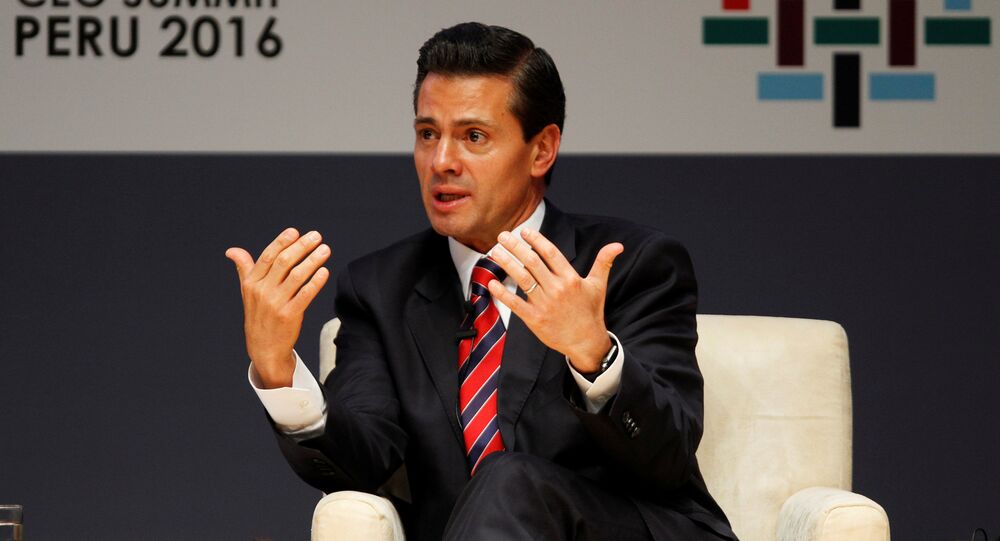 Mexico Hits Job Generation Record in 1st Half of 2017

Mexico established a new record having created over 500,000 jobs during the first half of 2017, country's President Enrique Pena Nieto said.

“The number of new jobs in June amounted to 86,200, during the first half of 2017 over half a million jobs have been generated, which is the highest growth rate for the 30-year period of the records keeping. Since the beginning of my administration [late 2012], a total of 2.8 million jobs have been created,” Nieto said on Tuesday.

© AFP 2020 / YURI CORTEZ
Prison Brawl Leaves 28 Inmates Dead in Mexico
The president also stressed that Mexico was close to establishing the record number of 3 million jobs created during one president’s term. Nieto’s term is due to expire in December 2018.

According to the Organization for Economic Cooperation and Development (OECD) statistics the Mexican unemployment rate totaled 3.7 percent in the fourth quarter of 2016.