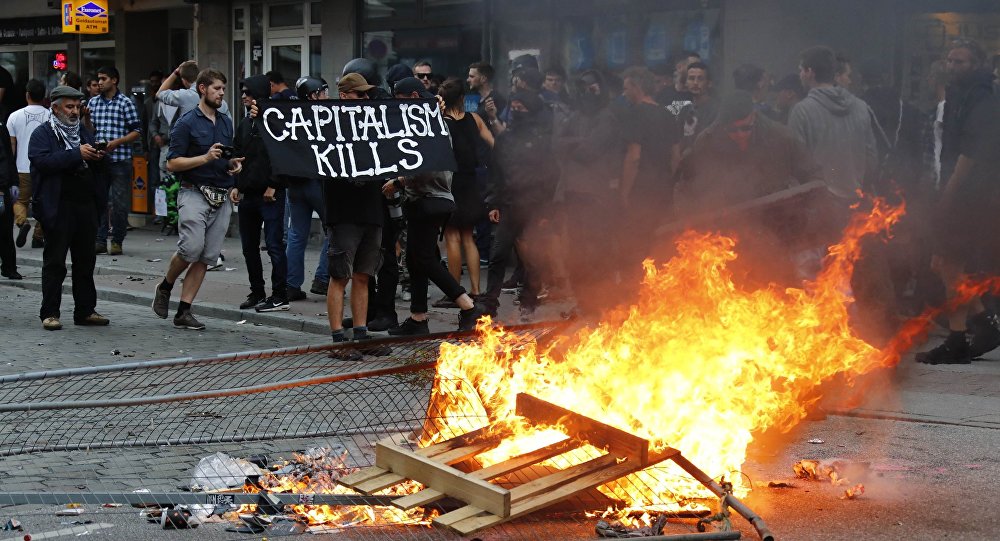 BERLIN (Sputnik) — The G20 summit took place in July 7-8, accompanied by demonstrations of protest that turned into riots. Since the start of the protests, 288 people were detained and 144 arrested.

"It is good there were necessary arrests. We are talking about grave crimes. I hope that the justice system will start investigating with all the severance and insistence and pass strict sentences," de Maiziere told journalists. 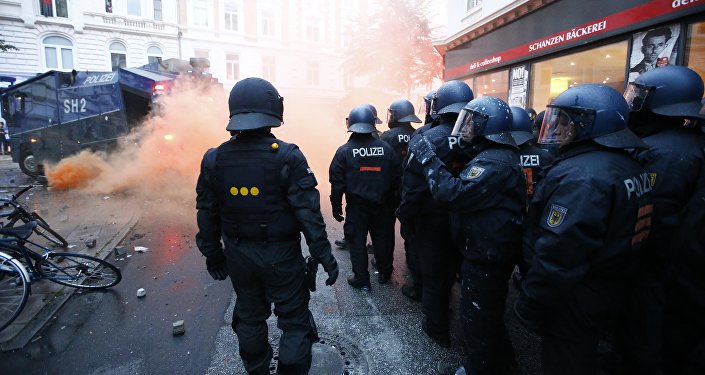 © REUTERS / Fabrizio Bensch
Anti-Globalist Rallies Not Interfering With G20 Summit in Hamburg - Kremlin
The German Interior Minister noted that during the summit, hundreds of violence-prone individuals came to Hamburg from the countries of North and South Europe, and many were refused entry into the city by the border police. Still, the minister noted that there were more peaceful demonstrators than violent protesters.

According to police data, over 470 officers in Hamburg were injured last week in clashes with the protesters.