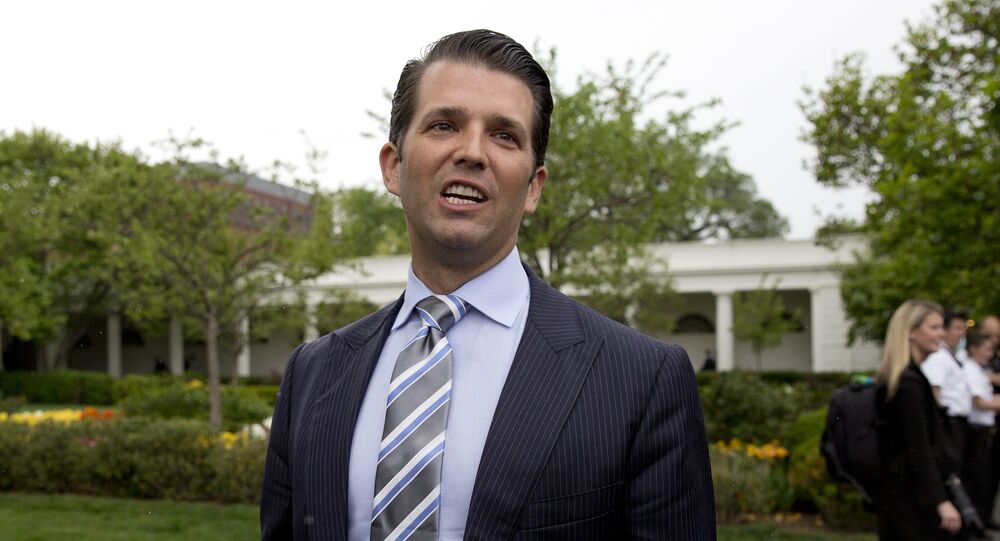 Donald Trump Jr., the eldest son of US President Donald Trump, along with Paul Manafort, Trump's presidential campaign manager, and Jared Kushner, Trump's son-in-law, met with a Russian lawyer to discuss the suspended program of adoption of children from Russia by US citizens during 2016 election campaign, local media reported Saturday.

MOSCOW (Sputnik) — Trump Jr., Manafort and Kushner met with Natalia Veselnitskaya, "Russian lawyer who has connections to the Kremlin," in the Trump Tower in New York on June 9, 2016 in the first confirmed private meeting between a Russian national and members of Trump’s inner circle during the campaign, New York Times reported, citing confidential government records.

"It was a short introductory meeting. I asked Jared and Paul to stop by. We primarily discussed a program about the adoption of Russian children that was active and popular with American families years ago and was since ended by the Russian government, but it was not a campaign issue at the time and there was no follow up," the newspaper quoted Donald Trump Jr. as saying in a statement.

© Sputnik / Michael Klimentyev
Advisers Avoid Saying If Trump Agreed With Putin Russia Did Not Meddle in US Election
US media regularly report, usually citing unnamed sources, about the contacts Trump's election campaign members with Russian officials and businessmen. Russia has repeatedly denied these allegations. Kremlin spokesman Dmitry Peskov called them "absolutely unsubstantiated." Russian Foreign Minister Sergei Lavrov, speaking of alleged Russian intervention in the elections in the US, France and Germany, said that there are no facts confirming this.