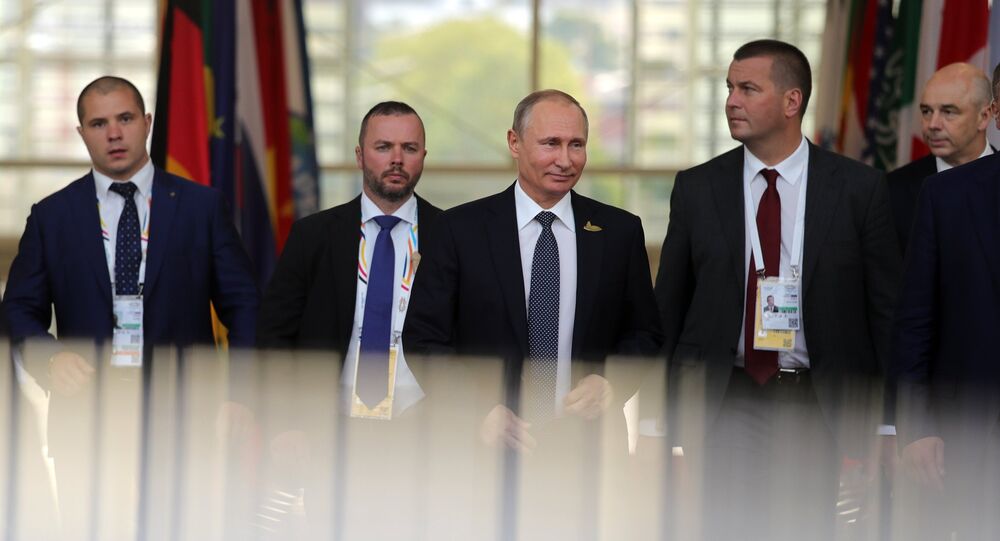 Russian Communications Minister said that Vladimir Putin has proposed the participants of the ongoing G20 summit to prepare ideas focusing on regulation of the digital economy.

"The president talked about this issue at the meeting with the BRICS leaders as well. In particular, he voiced a proposal that the G20 should take upon itself a task of working out a certain international regulation, to create conditions for development of a digital economy," Nikiforov told reporters.

On Friday, the two-day G20 summit kicked off in Hamburg, bringing together the high-ranking officials of 20 major economies, including the leaders of all the BRICS nations, such as Putin, Chinese President Xi Jinping and Indian Prime Minister Narendra Modi.