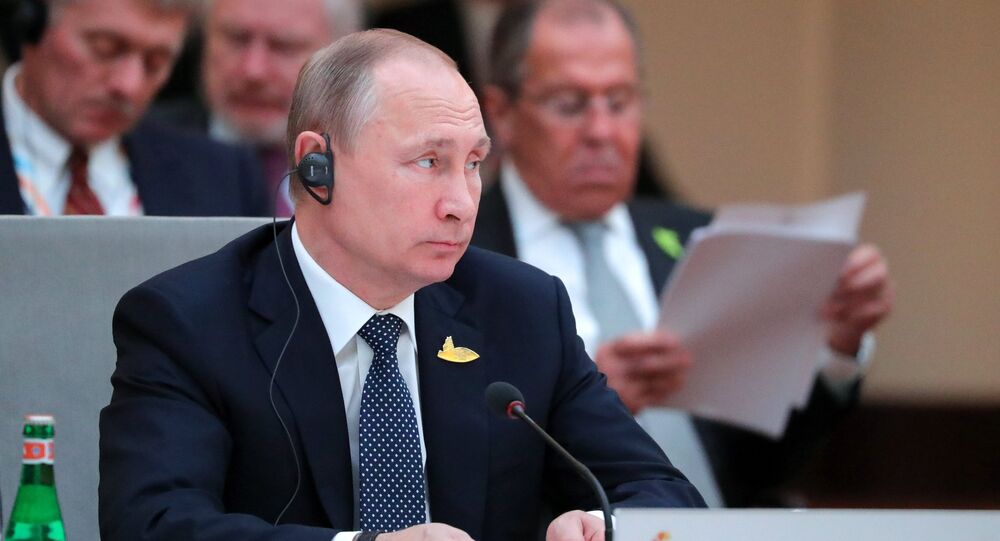 Dmitry Peskov said that Vladimir Putin and Donald Trump shook hands for the first time and confirmed a subsequent meeting.

The meeting between Russian President Vladimir Putin and his US counterpart Donald Trump on the sidelines of G20 Summit in Hamburg has been scheduled for 13:45 GMT on Friday.

© REUTERS / Carlos Barria
Merkel Cordially Greets Putin at G20 Summit Welcome Ceremony (VIDEO)
Witnesses described the two leaders' highly-anticipated first meeting on the sidelines of the Group of 20 (G20) summit in Hamburg earlier in the day, saying Putin and Trump greeted each other and sat at the same table awaiting the start of the summit.

Earlier today, Trump wrote "much to discuss" on Twitter in saying he looked forward to meetings with world leaders, including with Putin. Kremlin spokesman Dmitry Peskov commented on that saying that Russian President Vladimir Putin shares US President Donald Trump's enthusiasm toward discussing a variety of issues during their first meeting on the sidelines of the Group of 20 (G20) summit in Hamburg.

"The answer is positive," Peskov told reporters when asked whether Putin was also looking forward to meeting with Trump and whether he had many questions for him.

G20 summit is an annual event gathering the heads of governments and states of 20 major economies to discuss and promote financial stability around the globe, as well as some other pressing issues.

Russian President Putin Arrives in Hamburg Ahead of G20 Summit