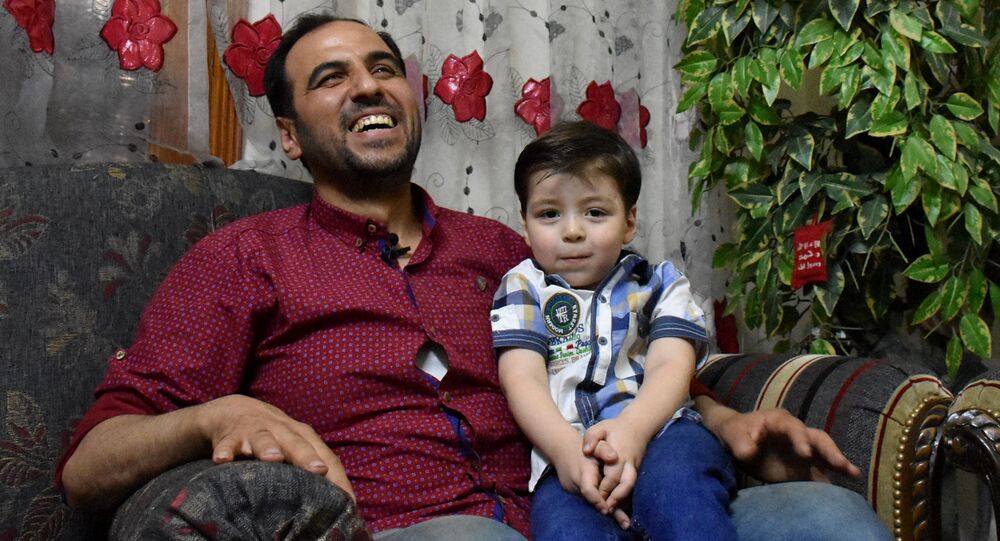 Russian Foreign Ministry called upon CNN to apologize for manipulating public opinion by using the image of Syrian boy Omran Daqneesh and to publish a retraction.

© CC BY 2.0 / red, white, and black eyes forever / CNN Center
CNN Producer 'Fesses Up: Russia Narrative 'Bullsh*t,' 'We Do It for the Ratings' (VIDEO)
The name of Omran Daqneesh became known to the world in August 2016 when some media outlets began circulating footage of a five-year old Syrian child apparently injured in alleged Russian Air Force strike on the rebel-held al-Qaterji neighborhood of Aleppo.

CNN host Christiane Amanpour even presented a photograph of Daqneesh during her October interview with Russian Foreign Minister Sergey Lavrov, saying that it illustrated "a crime against humanity."

© REUTERS / Mahmoud Rslan
Five-year-old Omran Daqneesh, with bloodied face, sits inside an ambulance after he was rescued following an airstrike in the rebel-held al-Qaterji neighbourhood of Aleppo, Syria August 17, 2016.

However, it eventually became apparent that things weren’t exactly the way that CNN claimed they were, as the boy’s father, Mohammad Kheir Daqneesh, told RT correspondents that the militants actually exaggerated the extent of his son’s injuries for the sake of propaganda.

And now, as Daqneesh’s family now lives peacefully in the liberated city of Aleppo, Russian Foreign Ministry spokeswoman Maria Zakharova said that Moscow expects CNN to apologize and to publish a retraction story.

"We still wait for a reaction from CNN, and we call upon the journalists to admit their mistake and prepare a retraction story. Trust me, we’re not going to let this issue slide," Zakharova said.

She pointed out that the news agency needs to admit that either it was an honest mistake or a deliberate attempt at public opinion manipulation.

"The lack of a coherent response from the TV channel leads one to believe that it was a conscious and deliberate attempt by CNN journalists to distort reality," Zakharova remarked.

In 2016 the image of Omran Daqneesh, shell-shocked and covered in ash, was disseminated by a number of Western media outlets as a symbol of Aleppo's civilian suffering, with some news agencies even accusing Moscow of conducting the airstrike that the boy was allegedly injured in.

Journalist Behind CNN Exposure: 'We Have Some Bombshells Coming'