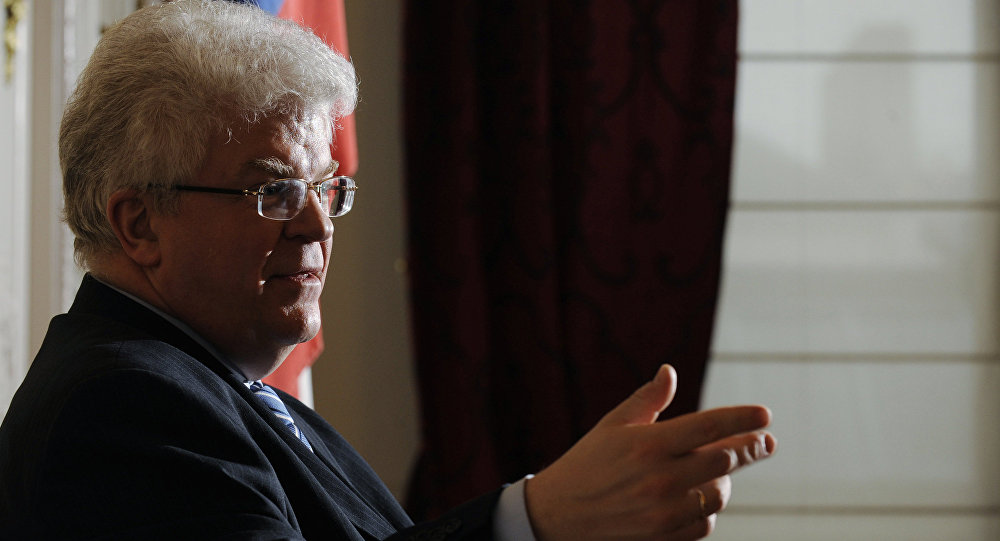 Russia's Permanent Representative to the European Union Vladimir Chizhov said Monday that he does not rule out that US and EU representatives may discuss the US draft bill on new sanctions against Russia, approved by the US Senate, on the sidelines of the upcoming G20 summit.

MOSCOW (Sputnik) – On June 15, the US Senate approved a bill, which includes new anti-Russia sanctions. Some measures targeted the planned Nord Stream 2 gas pipeline to Europe, as according to the bill, the project would have an adverse impact on the energy security of the European Union.

In the follow-up to the bill’s adoption in the Senate, Berlin and Vienna issued a joint statement to condemn the legislation, regarding the new sanctions as illegal and targeting the EU companies, involved in EU energy supplies.

"[Germany and Australia] reminded the United States that the European energy security concerns Europeans, not the United States. Certainly, the situation is not simple, as the issue concerns relations in the Western society now. I do not rule out the possibility of the issue's discussion between the EU and US [representatives] in various formats, including at the G20 summit," Chizhov told the Rossiya 24 broadcaster.

© AFP 2019 / SEPAH NEWS
Tit-for-Tat: How to Stand Up to US Sanctions Iranian-Style
On June 21, media reported that the new US bill violates the US constitution and, consequently, its consideration by the US House of Representatives faces a number of procedural difficulties.

Relations between Russia and the Western states deteriorated amid the Ukrainian crisis, as Brussels and Washington placed the blame for the eastern Ukraine conflict on Russia and continue to refuse to recognize Crimea’s rejoining Russia as a result of the March 2014 referendum. The United States and the European Union showed their disapproval of Russia’s alleged meddling in the Ukrainian affairs by introducing several rounds of anti-Russia sanctions despite the fact that Moscow has repeatedly refuted the allegations.