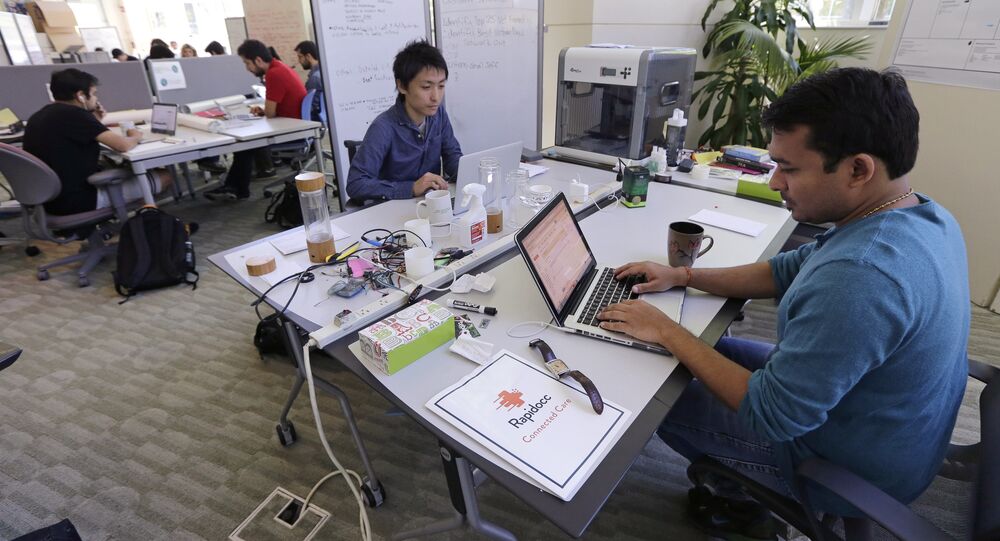 Less than a week after the Modi-Trump meeting, US Labor Secretary Alexander Acosta has called for raising minimum salary of workers on H-1B visas to at least $80,000 from $60,000.

© CC0
US, India Challenged by Visa Restrictions in IT Sector
New Delhi (Sputnik) — The recent attempts by the Donald Trump administration to tackle what the Republican president calls "visa abuse" has kept many Indian IT companies on tenterhooks as they seek H-1B visas to cater to US offshore demands for trained manpower.

"Congress has not updated that $60,000 threshold over time. If Congress were to update that simply for inflation, it would bring it up to well over $80,000 and many if not most of the situations like you have identified, would be eliminated because they would be below that $60,000 threshold," PTI quoted Acosta, who was addressing members of the Senate Appropriations Subcommittee on Labour, Health and Human Services, Education and Related Agencies.

Acosta is of the view that raising basic salaries would to a large extent address the issue of foreign workers, coming to the US with H-1B visas, taking over the jobs from American workers.

"And so perhaps when that was enacted way back, that was appropriate threshold, but I would encourage the Senator to look at that issue because I can't imagine how one explains to the American worker that they have to train their foreign replacement and it has happened again and again and again," Acosta said responding to a question from Senator Richard Durbin.

© AP Photo / Altaf Qadri
Indian IT Industry Body Says H-1B Crackdown in US Won’t Hurt Indian Firms
Durbin named a pharmaceutical company in Chicago for laying-off its 150 IT workers and replacing them with Indians.

While reckoning that H-1B visa issue has become an irritant in bilateral ties between India and the US, experts said the Indian government has activated its lobbying efforts which should yield positive results.

"Indian lobbying has suddenly become active, especially to tackle the US move to curb H-1B visas. Since Modi's arrival and reactivation of Indian lobbying in the post-nuclear deal phase, H1-B visas is the first major issue to show its strength and effectiveness. They will need to focus on individuals and officials who are influential in the Trump administration," Ashok Sharma, adjunct faculty at the University of New South Wales, Australian Defence Force Academy and fellow at the Australia-India Institute, told Sputnik.

The H-1B visa issue didn't figure in the meeting between Indian Prime Minister Narendra Modi and President Trump on Monday and the joint statement released after their meeting.