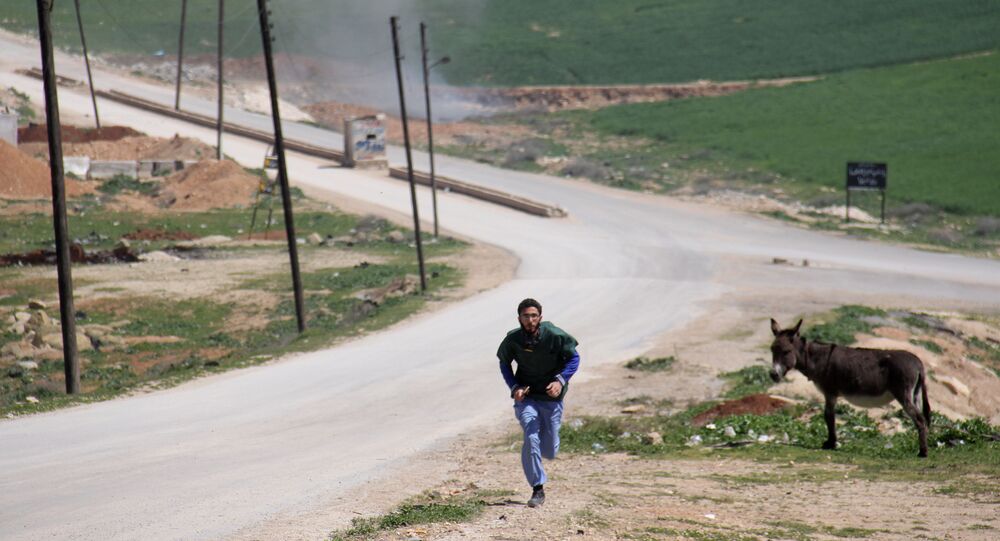 Russia has new intelligence of planned western provocations in Syria in light of US statements on alleged Syrian government plans to carry out a chemical attack there, Russian Foreign Ministry spokeswoman Maria Zakharova said Thursday.

"Indeed, there is new intel," Zakharova said at a weekly briefing. "We believe that this staging, this provocation is being prepared."

She named the towns of Saraqib and Ariha in the northwestern Idlib province as the possible locations where Moscow believes the provocations could take place.

Earlier today, Zakharova said that the statement made by the White House is a "harbinger of a new intervention" in Syria.

Syria has been in the state of civil war for six years, with government forces fighting against both Syrian opposition groups who strive to overthrow President Bashar Assad, and numerous extremist and terrorist groups such as Daesh and al-Nusra Front (Jabhat Fatah al Sham), both of which are outlawed in Russia. Russia, Iran and Turkey are the guarantors of a nationwide Syrian ceasefire that came into force on December 30, 2016.

What's Behind US Statement on Damascus' 'Plans of Chemical Attack'