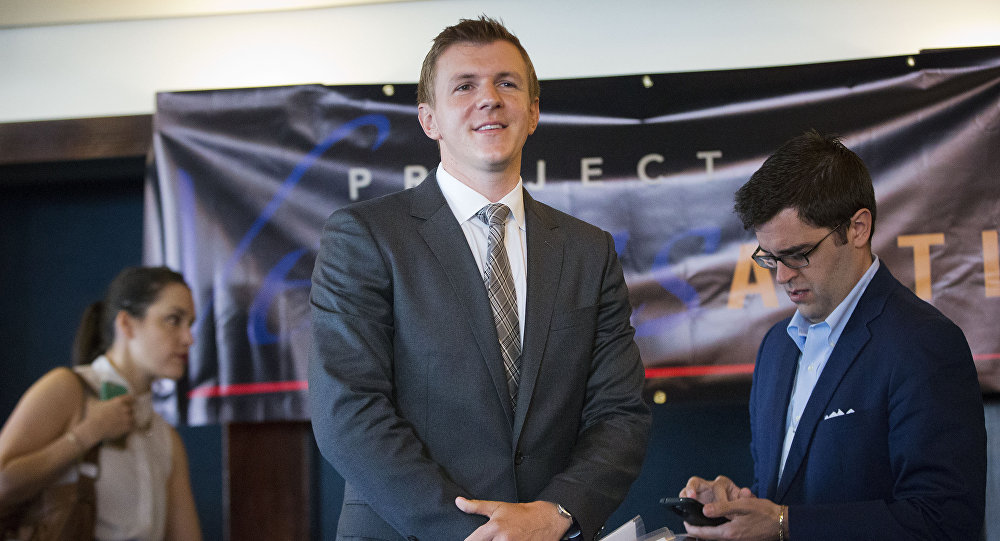 “We’re going for the jugular of the mainstream media,” Project Veritas spokesman Stephen Gordon told Radio Sputnik’s Fault Lines with Lee Stranahan and Garland Nixon on Wednesday. “We want to shut you down for the liars you are … every time you lie; we’re going to catch you in it.”

Get your popcorn ready: Project Veritas' attack on the mainstream media is underway.

“We are after you,” Gordon said.

Project Veritas had embarrassed CNN not once but twice this week – and it’s only Wednesday. On Monday, the group caught CNN medical producer John Bonfield on camera confessing that there was no “big proof” of any secret backdoor deals made between US President Donald Trump and the Russian government prior to his election in November 2016, but the network loved the "Russia story" because "our ratings are incredible right now."

The story "could be bullshit," Bonifield said. After all, as long as ratings – and advertising revenue – is up, who cares about the truth?

CNN Worldwide CEO Jeff Zucker informed the network at an internal meeting that its day-and-half spent covering the Paris Climate Accord was admirable, "But we’re done with it, let’s get back to Russia," Zucker said according to Bonifield’s recollection.

When CNN’s credibility was doubted, writers at The New York Times and The Washington Post quickly rose to the network’s defense. Bonifield is merely a producer for CNN’s Medical Unit, and as such there’s no way he could know about the network’s political coverage as a whole, New York Times writer Sopan Deb wrote.

The Washington Post critiqued James O’Keefe and Project Veritas in a similar vein. "It never mentions that Bonifield is a producer of health and medical stories, raising questions about how relevant his views are, and how informed he is, about CNN’s political coverage," Post writer Paul Fahri noted Wednesday.

Project Veritas predicted the mainstream media rebuttals from a mile away. "We knew they were going to come back today," Gordon, a communications strategist with the organization, said on Wednesday’s episode of Fault Lines.

The "Russia thing is just a big nothing burger," Jones said. "There’s nothing there you can do."

And this is only the beginning, apparently.

"This is the drip, drip, drip" of potentially damning information Project Veritas has coming in the future, Fault Lines co-host Lee Stranahan observed.

“No,” Gordon agreed. "This is just the tip of the iceberg.

Claims of Russian "hacking" the US vote have lacked the robust proof needed for such explosive charges, and many have been quietly retracted. The FBI never looked at the DNC’s servers before alleging a "Russian hack." The contractor relied on to do the FBI’s forensics, CrowdStrike, has a history of twisting the truth. Nearly half of the sketchy IP addresses cited in the US intelligence community’s report on "Russian Malicious Cyber Activity" were generic Tor exit nodes.

These facts never got traction in the mainstream press. If Project Veritas has anything to say about it, that may soon change.