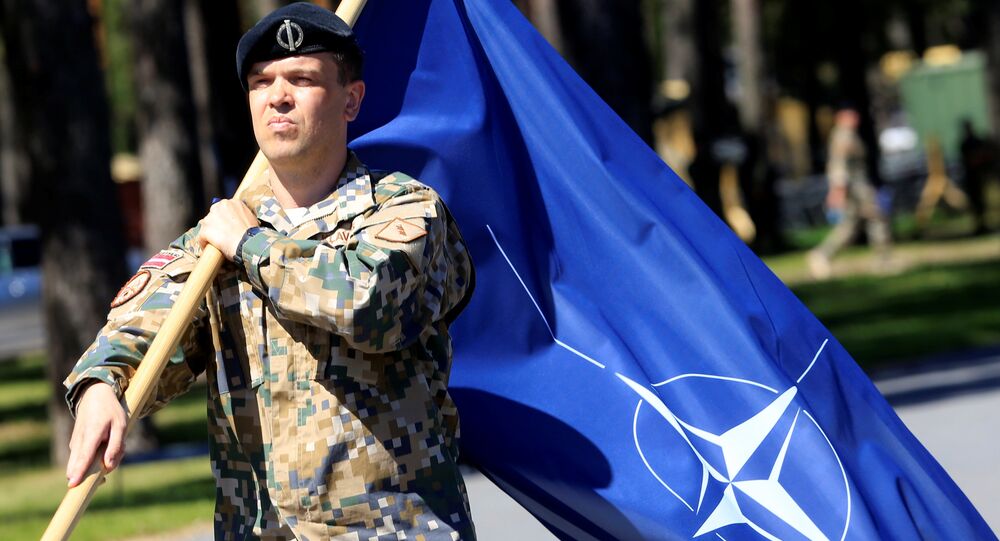 Commenting on a NATO official's remarks about Russia's "growing military prowess," independent Russian expert Igor Nikolaichuk told Sputnik that he sees it as a pro-peace statement.

© Photo : U.S. European Command
What's Behind 'Unprecedented' Number of NATO Reconnaissance Flights Intercepted Near Russian Border
In an interview with Politico, General Peter Pavel, chairman of the NATO Military Committee, specifically focused on Russia and its "growing military prowess," something that he said alarms NATO.

"…Russia is developing their capabilities both in conventional and nuclear components. When it comes to exercises, their ability to deploy troops for long distance and to use them effectively quite far away from their own territory, there are no doubts," Pavel said.

According to him, NATO is facing "a huge modernization of all Russia military."

"The Kremlin's intentions were less clear. When it comes to intent, it's not so clear because we cannot clearly say that Russia has aggressive intents against NATO," he said.

At the same time, Pavel mentioned alleged "elements" that "have to worry" NATO, which he said should "stay ready" and "take this even potential threat very seriously."

Speaking to Sputnik, independent Russian expert on international security Igor Nikolaichuk described Pavel's remarks as an acknowledgement of the success of the Russian military development.

"As compared to previous statements [made by NATO officials], Pavel's remarks are more pro-peace. This is a new tendency that should be taken into account," Nikolaichuk said.

He added that Pavel's statement should not be separated from NATO's other foreign policy declarations.

"Right now, they are just acknowledging the fact that Russia is making effective progress in the military sector. No one says that we are wasting money; instead, they say that we are successfully creating new military hardware and are rearming our armed forces," Nikolaichuk pointed out.

"Currently, [the Russian Armed Forces] is a well-functioning organism, and this is recognized by NATO. In other words, we received the West's recognition of success in this area," he concluded.

NATO-Russia relations have been complicated over the past years, as NATO has set a sustainable course for the alliance's expansion by engaging Eastern European states since 2014.

NATO justified its eastward expansion as a response to Russia's alleged meddling in the Ukrainian conflict. Moscow has repeatedly refuted these allegations.

© CC0
Aerial Spies: How NATO is Searching for Any Loopholes in Russia's Defense
On December 22, 2016, Russian Defense Minister Sergey Shoigu said that the NATO presence near Russia's borders has grown threefold in the past 10 years and eightfold along the country's western borders.

Russian President Vladimir Putin, during his one-on-one interview with renowned US filmmaker Oliver Stone, which aired on the US cable TV network Showtime on June 14, said he was convinced that everyone will realize Russia poses no threat to its neighbors.

He stressed that Moscow would take all necessary steps to respond to the Alliance's activities in order to maintain the strategic balance.

Why NATO's Increased Reconnaissance Activity 'Comes as No Surprise to Russia'

US State Senator Wants to Visit Russia to Discuss Syria, NATO With Officials