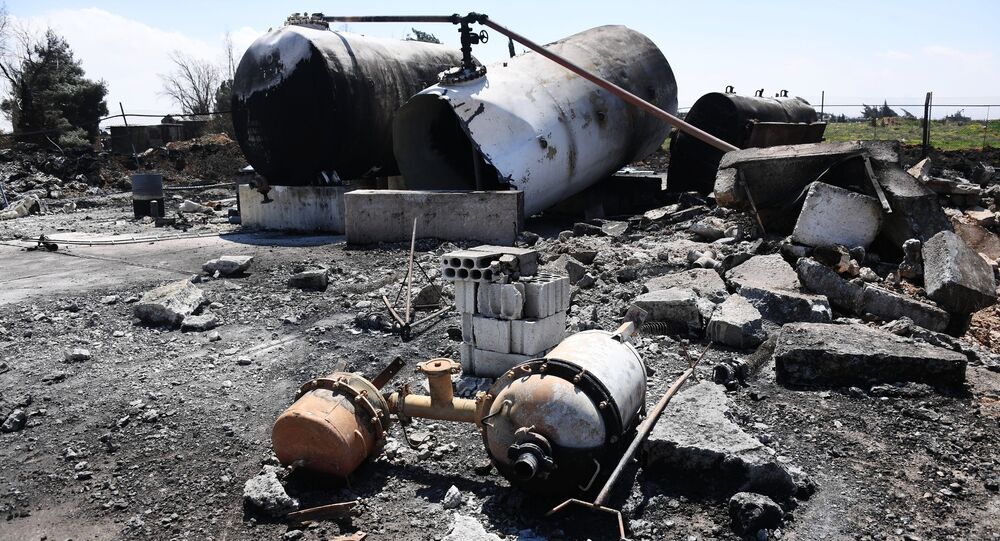 Russian Senator Warns of New US Attack on Syrian Troops

A Russian senator warned in remarks to Sputnik of new attacks against the Syrian military on Tuesday after the United States said it "identified potential preparations" for a chemical attack by the Syrian government.

"The US is preparing a new attack on the positions of the Syrian troops, this is clear. A new cynical and unprecedented provocation is being prepared," First Deputy Chairman of the Federation Council Committee on Defense and Security Frants Klintsevich said.

Klintsevich said the new US attack "would be passed off as a chemical attack" and could be followed by a US strike "on a grouping that is on the verge of a constructive solution of the situation."

© AP Photo / United media office of Arbeen
Why Syria Relinquishing Its Chemical Weapon Stockpiles Didn't Bring Peace
On April 4, the National Coalition for Syrian Revolutionary and Opposition Forces blamed the Syrian government for the incident in Khan Sheikhoun, which allegedly involved the use of chemical weapons. Damascus denied any involvement in the incident and the Syrian army said it did not possess chemical weapons as they had been destroyed by the Organization for the Prohibition of Chemical Weapons (OPCW). The incident was used by the United States as a pretext for a missile strike against a Syrian military airbase on April 7.

Assad has denied accusations from the United States and other nations that he or his government were responsible for the attack or that the government has any chemical weapons. Assad called the Idlib chemical attack in Syria "a cover up for the American intervention" in the country, which President Donald Trump intended to use to get support in his home country amid various conflicts with the members of the US establishment.

In January 2016, the Organization for the Prevention of Chemical Weapons (OPCW) announced that Syria's weapons arsenal had been destroyed in accordance with an agreement reached after the 2013 Ghouta attack.