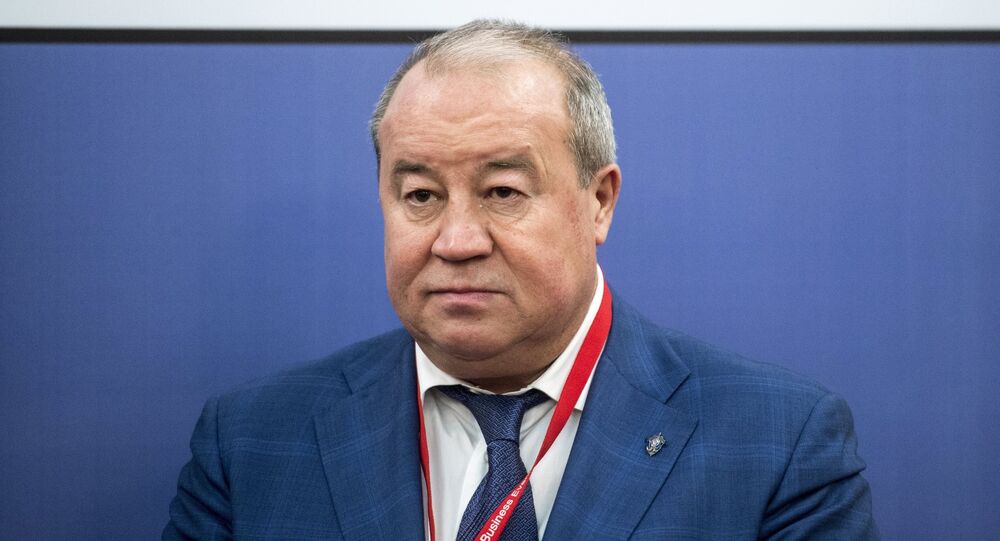 More than 7,000 citizens of the CIS countries are on a wanted list for committing crimes of a terrorist and extremist nature, according to Police Col. Gen. Andrey Novikov, head of the CIS Anti-Terrorism Center.

© REUTERS / Khalil Ashawi
Some 10,000 From CIS Fighting Alongside Terrorists in Mid East - Russian House Speaker
MOSCOW (Sputnik) — More than 7,000 citizens of the member countries of the Commonwealth of Independent States (CIS) are currently on a wanted list for committing crimes of a terrorist and extremist nature, including more than 2,000 mercenaries, Police Col. Gen. Andrey Novikov, head of the CIS Anti-Terrorism Center, said Friday at the UN headquarters in New York.

"As of June this year, more than 7,000 citizens of the CIS countries are on a wanted list for committing crimes of a terrorist and extremist nature, I would like to emphasize that more than 2,000 of them are mercenaries, that is, those who took part in hostilities as part of illegal armed groups and international terrorist organizations on the territory of third countries," Novikov said in his report.

Novikov stated that since 2010, the CIS Anti-Terrorism Center had gained information on possible hideouts of over 1,000 people on the wanted list.

"According to the information of the CIS Anti-Terrorism Center, and as a result of conducting a complex of operations under the auspices of the Center in the CIS countries, over 100 people were detained on charges of committing crimes of a terrorist and extremist nature," Novikov added, noting that 26 of them were detained in 2016.

© Sputnik / Dmitry Korobeinikov
Over 5,000 Terrorism Suspects Wanted in CIS Countries
He stressed that such success was possible thanks to "information exchange between the special services of the CIS states."

"Following the review of our information, we have defined and taken under control financial operations of more than 650 individuals involved in crimes of a terrorist nature. These individuals were put on the restrictive list of the units of financial intelligence services of the CIS countries. The information about them is also conveyed to the national law enforcement agencies," Novikov emphasized.

The CIS Anti-Terrorism Center was created in 2000 as a permanent body of the Commonwealth. Its tasks include providing coordination of the cooperation of security, special and law enforcement agencies of the CIS states in regards to the fight against terrorism.

Some 10,000 From CIS Fighting Alongside Terrorists in Mid East