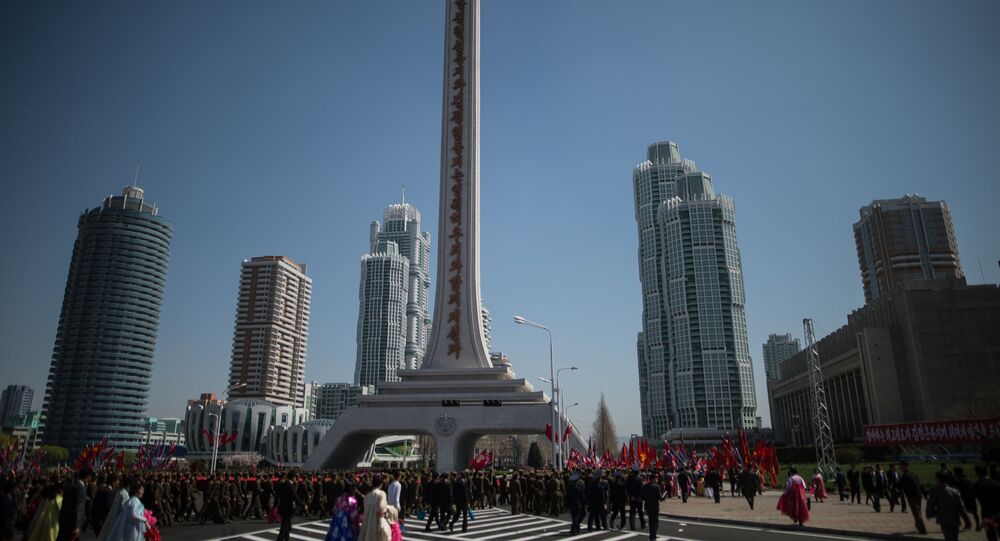 The United States should not let tourists visit North Korea amid a recent death of a student that was jailed by Pyongyang, House of Representatives' Foreign Affairs Committee Chairman Ed Royce said.

© AP Photo / Kim Kwang Hyon
Tillerson Demands Liberation of Three Americans Held in North Korea
MOSCOW (Sputnik) – On Monday, Otto Warmbier, the US student who was released from North Korea in a coma after being detained in that country for more than a year, died in the United States.

"Tonight, my thoughts and prayers are with the Warmbier family. Over these past 18 months they’ve endured incredible pain and suffering, all because their son allegedly took a poster off a hotel wall in Pyongyang… Otto’s father is right: travel propaganda lures far too many people to North Korea… The United States should ban tourist travel to North Korea," Royce was quoted as saying in a statement published of the committee's website on Monday.

The lawmaker added that Pyongyang had been kidnapping foreigners on a regular basis.

Royce's statement is not the first similar initiative voiced by US officials on the issue. On June 15, US Department of State spokeswoman Heather Nauert said that Washington was considering a legal ban on the US nationals traveling to the Asian state.

In March 2016, Warmbier was sentenced to 15 years in prison for trying to steal a political banner, an action that was classified by Pyongyang as a hostile act against North Korea. Pyongyang agreed to release the US national on humanitarian grounds after he served more than one year of his sentence and he was returned to the United States on June 13.

Otto Warmbier, US Student Released From North Korea Has Died