As Saudi Arabia and its allies sought to accuse Qatar of sponsoring terrorism and to isolate the country, a number of powerful Middle Eastern states moved to challenge this initiative.

However, Turkey and a number of Middle Eastern countries refused to support this initiative and started making moves to help Qatar weather this diplomatic storm.

On Wednesday, June 14, Turkish Foreign Minister Mevlut Cavusoglu arrived in Doha to meet with his Qatari counterpart Mohammed bin Abdulrahman al Thani and with the Emir of Qatar, Sheikh Tamim bin Hamad Al Thani. Furthermore, Russian newspaper Kommersant points out that after these meetings Cavusoglu is expected to visit Saudi Arabia – the country which is considered the chief instigator of the ongoing diplomatic crisis. 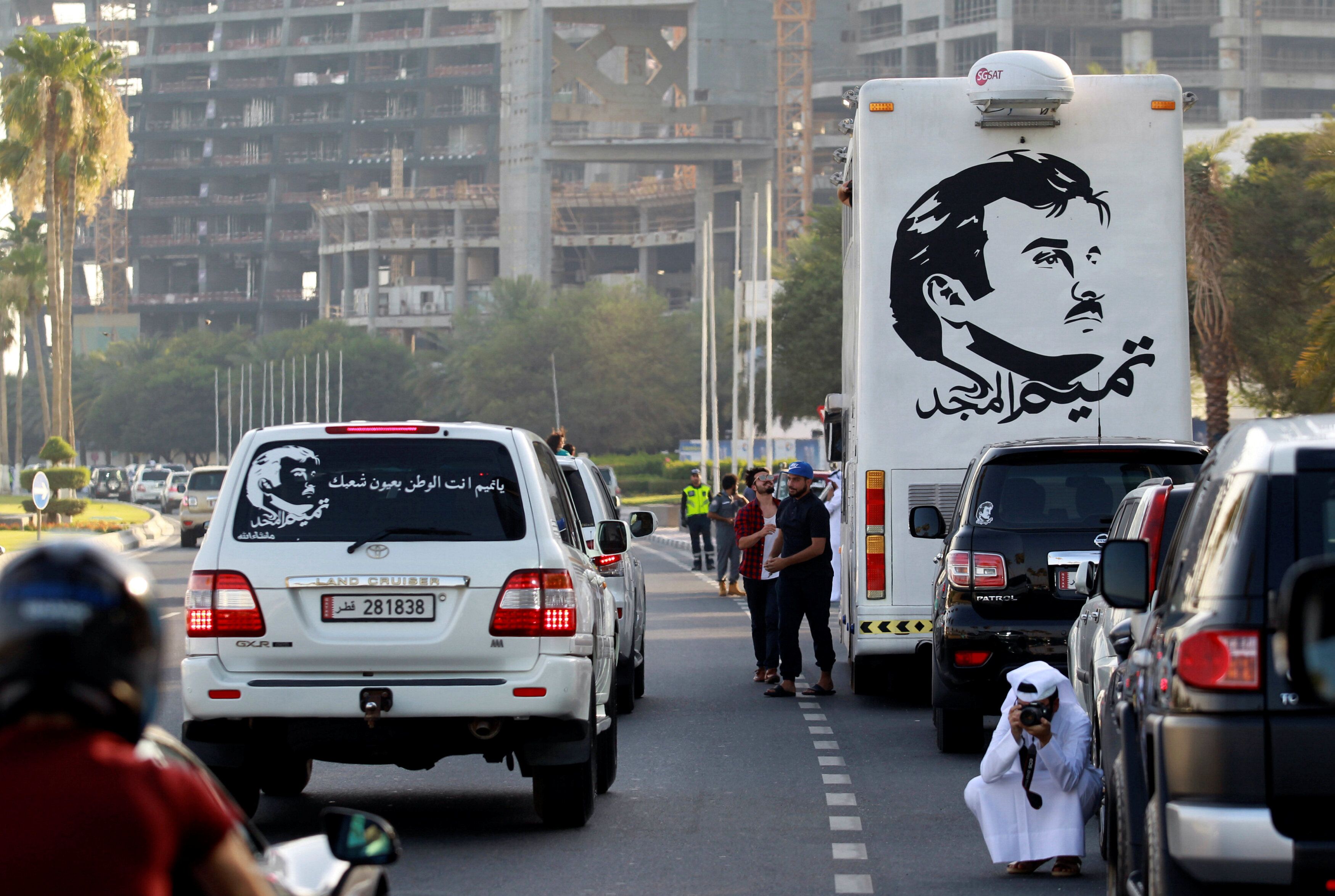 © REUTERS / Naseem Zeitoon
A painting depicting Qatar’s Emir Sheikh Tamim Bin Hamad Al-Thani is seen on a bus during a demonstration in support of him in Doha, Qatar June 11, 2017

The Turkish leader also ordered a sizeable military contingent – some 3,000 servicemen – to be deployed to Qatar in order to help maintain "peace and stability in the region".

He also added that Qatar may also secure considerable support in Europe.

"The European importers of Qatari hydrocarbons don’t want the situation in the region to deteriorate and already call for resolving this conflict as soon as possible. All of it shows that there’s an alternative coalition being formed around Qatar, which is capable of standing up to Saudi Arabia and its allies," the professor explained.

The newspaper points out that Saudi Foreign Minister Adel al-Jubeir already declared that the de facto blockade imposed against Qatar is not actually a blockade and that Saudi Arabia is prepared to allow shipments of food and medical supplies to Doha as needed.

Meanwhile, Egyptian Minister of Civil Aviation Sherif Fathy stated that Qatari airlines are no longer banned from using Egypt’s airspace while President Abdel Fatah al-Sisi said that the Qatari diplomatic crisis should not be allowed to devolve into war.

Therefore, it is safe to assume that the blockade’s instigators have already realized that they won’t be able to isolate Qatar completely and started backing down, the newspaper surmises.

It should also be noted that despite the ongoing diplomatic row, two US warships have recently arrived in Doha for a joint military exercise with the Qatari Navy.

Furthermore, it appears that the Pentagon had finalized the sale of some 36 F-15QA Eagle air superiority fighters to Qatar for $12 billion.