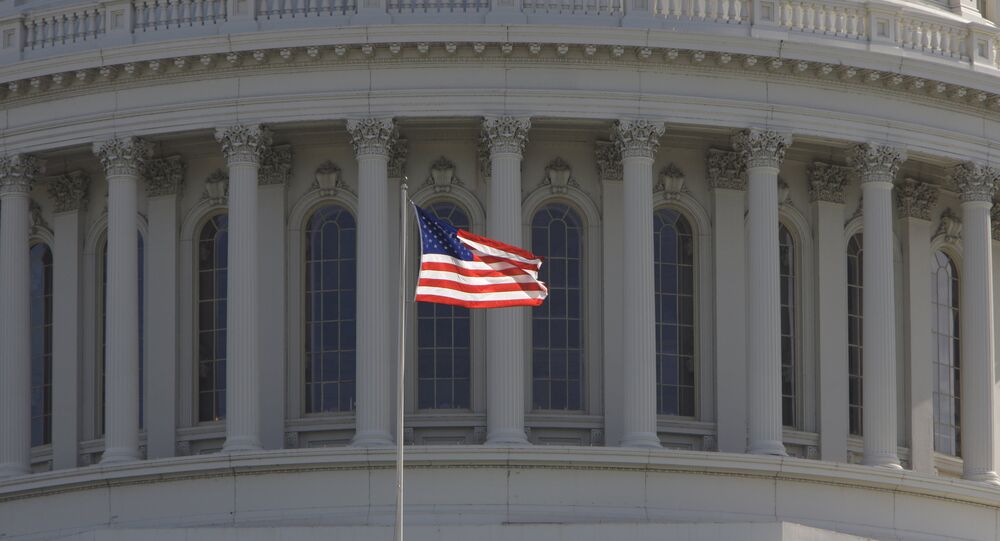 Kremlin spokesman Dmitry Peskov said that Kremlin would not want to enter the pique of sanctions again.

MOSCOW (Sputnik) — The Kremlin seeks to avoid a "pique of sanctions" in response to the US Senate's newly proposed sanctions against Russia but calls for patience until the measures are codified, Kremlin spokesman Dmitry Peskov said Wednesday.

"As for the latest sanctions aspirations of our colleagues, we would not want us to enter the pique of sanctions again, but it is not our choice," Peskov told reporters.

© Sputnik / Sergey Pyatakov
Anti-Russia Sanctions Bill Attempt to Adopt New Jackson-Vanik-Like Amendment - Investor
US Senators have modified the Iran sanctions bill to include measures that will strengthen and expand US sanctions on Russia, Senator Bob Corker said Tuesday. Majority Leader Mitch McConnell noted that the Senate plans to vote on the measure this week.

"Let us evaluate was becomes reality, because there are so many plans and aspirations declared recently in Washington that one cannot keep up with everything," Peskov said.