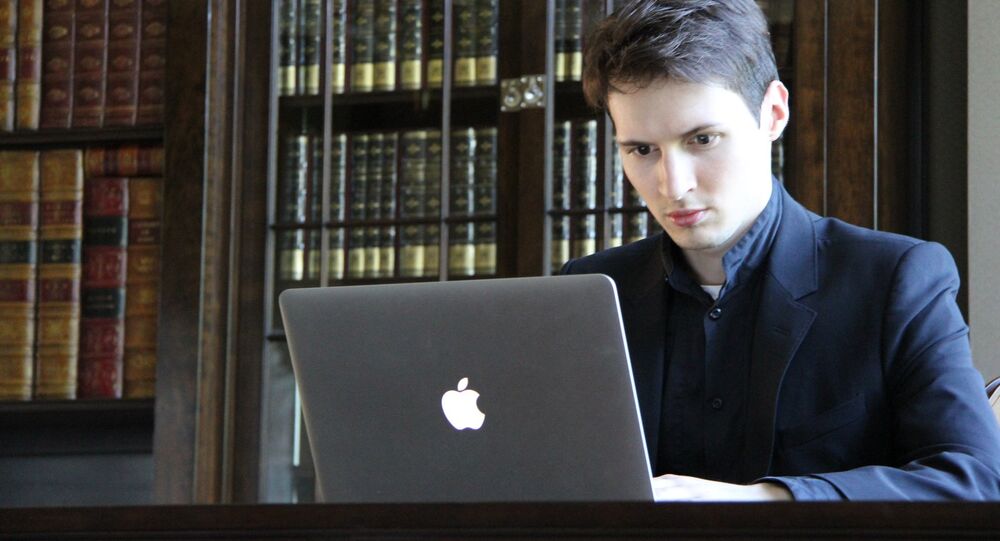 US agencies have made attempts to bribe the Telegram messenger's developers, accompanied by pressure on the part of the Federal Bureau of Investigation, the application's creator Pavel Durov said.

During our team's 1-week visit to the US last year we had two attempts to bribe our devs by US agencies + pressure on me from the FBI.

He added it would be "naive to think you can run an independent/secure cryptoapp based in the US."

© Flickr / Microsiervos
Russia's FSB Reveals Secret Chats in Telegram Used By Terrorists
Pavel Durov, the founder of leading Russian social network VK.com, launched the messenger in 2013. Nowadays the number of its users stands at some 100 million. Durov left Russia in 2013.

While US intelligence bodies groundlessly branded Moscow's ambassador to the country as a "top spy" and "spy-recruiter", they have taken steps to throw the rule book out of the window themselves.

In January, the Russian Foreign Ministry spokeswoman said US intelligence had tried to recruit a Russian diplomat to its ranks, while blackmailing him and accusing him of illicit drug trafficking. Intelligence officers tracked down the man and "talked to him" for an hour.

"The things they said to him resembled an attempt to recruit him, rather than any adequate discussion," Maria Zakharova said.

Foreign Minister Sergei Lavrov observed that "attempts [on the US part] to approach our diplomats in order to recruit them, to make them switch to cooperative relations continue".

He added that sometimes such attempts happen "with undue forwardness", in the presence of the diplomats' families.