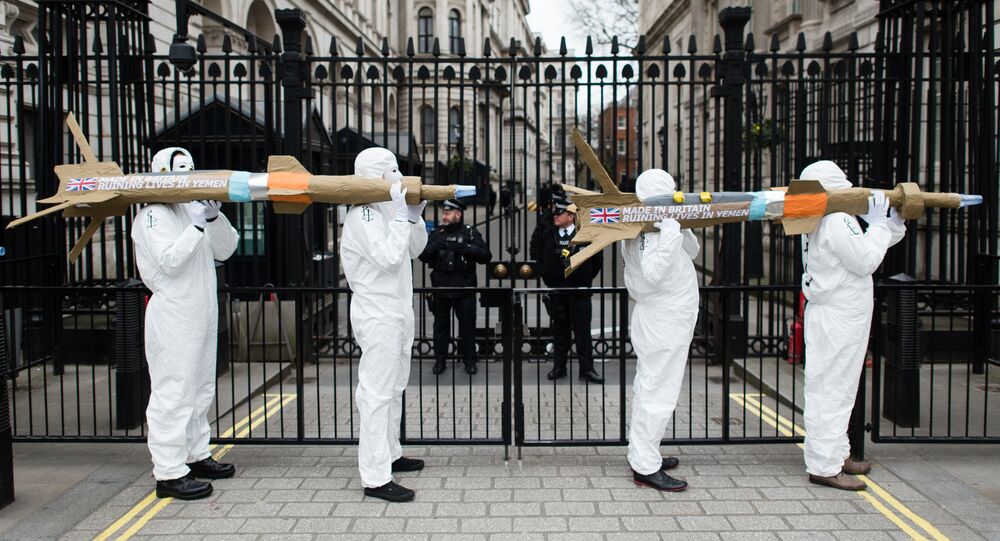 Despite mounting public opposition, London continues to sell vast quantities of weapons to Riyadh and provide support to Saudi Arabia for the sake of profit.

© REUTERS / Hannah McKay
Saudi Diplomatic Assault on Qatar May Be Linked to UK Terrorist Attacks
It appears that UK Conservative lawmakers have been receiving considerable sums of money and various gifts from Saudi government officials seeking to win their favor, according to figures recently released by the British Parliament.

The disclosed data reveals that the Tories have received nearly a hundred thousand pounds in gifts, travel expenses and consulting fees from Riyadh since the beginning of the Yemen war.

These revelations were made just as the Conservatives are facing criticism for their support of the war waged by Saudi Arabia in Yemen.

Joe Lo, researcher at the Campaign Against Arms Trade, told Sputnik Radio that the relationship between the UK and Saudi Arabia "goes back decades and successive British governments, both Labor and Conservatives."

"And now we have a situation where Saudi Arabia is the single biggest buyer of arms from UK-based companies like BAE Systems. Just one statistic on that: since March 2015 when Saudi Arabia began bombing Yemen, the UK government has licensed 3.3 billion pounds worth of arms for export to Saudi Arabia, including fire jets and missiles," Lo said.

These weapons, he explained, were used by the Saudis to wreak havoc upon Yemen, destroying the country’s infrastructure and leaving hundreds of thousands of people on the brink of starvation.

"In return it (Saudi Arabia) gets political support from the UK, in my opinion. One example of that is when the UK helped Saudi Arabia get elected to the UN Human Rights Council despite the fact that Saudi Arabia has no respect for human rights… And the UK is supporting this regime just to make money from private arms companies, in my opinion," he added.

Lo pointed out that while according to the polls the majority of the British citizens oppose arms sales to Saudi Arabia, the government appears to be acting in the interests of weapon manufacturers rather than upholding the will of the people as it should be in a democratic country.

He also remarked that in light of the recent terrorist attacks on British soil the claims about Saudi Arabia being the breeding ground for Islamist terror groups across the world.

"You know there was a story in the Guardian last week which claimed that the Home Office may not publish a report into the funding of terrorism in the UK… And it is believed, according to the Guardian, that the report will be particularly critical of Saudi Arabia. So I think that the public needs to know what’s in that report, especially in the wake of the recent horrific terrorist attacks," he said.

Lo also said that he hopes that the voters would consider this matter when they go to the voting stations on June 8 and make their opinion known to the government.

After London: The UK-Saudi Alliance on Trial