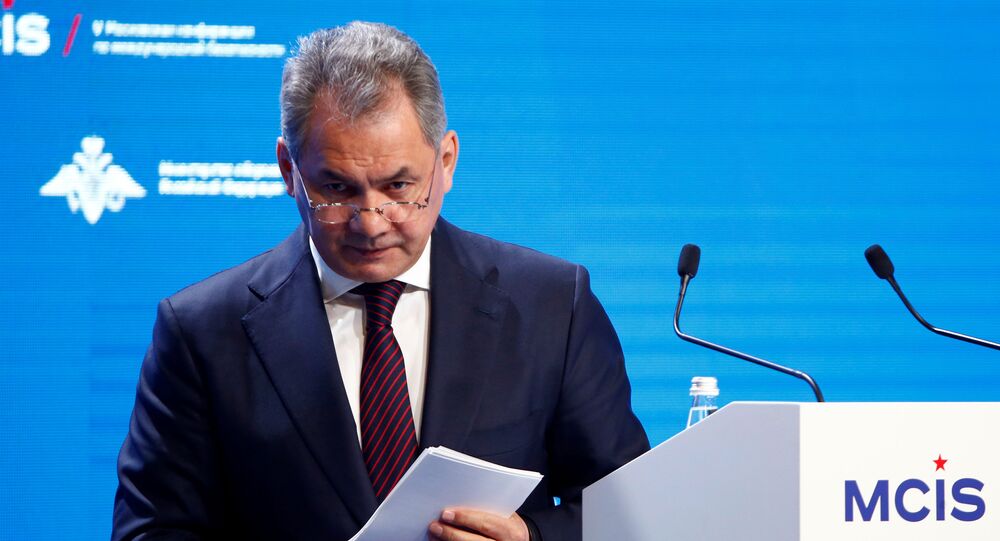 Russian Defense Minister Sergei Shoigu said that the the Syrian armed forces continue to strike terrorist groups with the support of the Russian Aerospace Forces.

"The state of affairs is aggravated by numerous local conflicts in the world and the inability of the collective West to overcome differences and ensure the formation of a united front against this evil," Shoigu said.

"Thanks to the active work of the Russian center for reconciliation of the warring parties, the cessation of hostilities zones are expanding," Shoigu added.

The formation of de-escalation zones in Syria will help put an end to the six-year civil war and activate anti-terrorist efforts in the Arab republic, according to Shoigu.

"The memorandum is a symbolic document," Shoigu said. "Its implementation will allow to cease hostilities and actually stop the civil war."

Speaking of the document signed by ceasefire guarantors Russia, Turkey and Iran on May 4, Shoigu noted that "the fight against IS, Jabhat Nusra and the gang formations joining them will be activated."