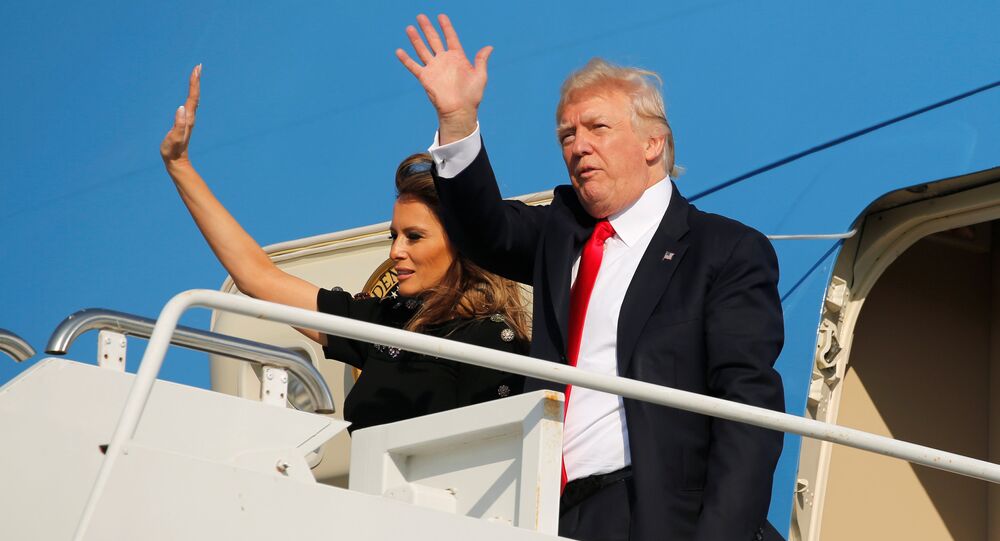 On Thursday, the US joined Nicaragua and Syria as the only nations in the world that won’t formally participate in the Paris Agreement to keep global temperatures from wreaking havoc on life as we know it.

"The United States will withdraw from the Paris climate accord," he said.

​The US will pursue a "better deal," Trump said in the White House Rose Garden on Thursday, adding that cutting greenhouse gas emissions is too costly for American companies. Trump said Washington will commence renewed negotiations on a new agreement "if we can, and if we can't, that's fine."

"I was elected to represent the citizens of Pittsburgh, not Paris," he said.

A major sticking point of the deal, in the president’s eyes, is that China can steadily grow its carbon footprint until 2030. "They can do whatever they want in 13 years, [but] not us." Under the agreement, Trump said India and China can open new coal plants while the US cannot – even though America's historical use of coal and fossil fuels has contributed a disproportionate amount of global carbon gas emissions.

Trump accused the deal of being a "massive redistribution" of American wealth to other poorer nations, particularly through the Green Climate Fund. The deal "hamstrings" America by giving foreign nations an "economic edge," he said, adding, "that's not going to happen."

The US will cease "all implementation" of the "non-binding accord" and "draconian" burdens it imposes," the president declared.

​The global climate agreement seeks to prevent a 2-degree Celsius increase in global thermometer readings above pre-industrial levels. Coalition nations also will “ pursue efforts to limit the temperature increase even further to 1.5 degrees Celsius,” according to the UN Framework Convention on Climate Change. This is to be done through “nationally determined contributions” (NDCs) by coalition members, which must report regularly on their emissions and on  implementation efforts.

Trump campaigned on scrapping the landmark environmental imitative but has been pressured by advisers, including daughter-turned-adviser Ivanka Trump, tech mogul Elon Musk (who said he would leave his advisory role if the US withdrew from the agreement) and other industry leaders not to exit the accord. White House Chief Strategist Steve Bannon had urged Trump to stick with his original story and exit, presumably to energize the party’s base.

​Apple CEO Tim Cook also opposed backing out of the accord: he personally phoned the White House earlier this week, according to a Bloomberg report.

Despite Trump’s decision, the Senate’s refusal ratify the agreement has always meant the agreement was non-binding in the eyes of Washington’s lawmakers. What’s more, the US is pacing to hit peak carbon emissions in 2030, when experts say measures to mitigate damage to the ozone layer will be too little too late. The agreement says nations should minimize emission output “as soon as possible” to start putting emissions on a global downward trend. Even for participatory nations, however, the rule isn’t enforced by a fine or other cost.

Nevertheless, leaving the coalition could motivate others to do the same.

© REUTERS / Osservatore Romano
Vatican Outraged Over US Exit From Paris Climate Deal, Calls it 'Slap in the Face'

Just last week Trump said he left the Vatican “more determined than ever” to pursue global peace, which one would think entails keeping coastal cities above water. Alternatively, maybe Trump has a plan for coastal dwellers to grow gills for breathing underwater.

Ditching the deal is a “disaster for everyone,” Bishop Marcel Sanchez Sorondo, director at the Pontifical Academy of Sciences, told La Repubblica on Thursday.

Nicaragua never signed on because the deal didn’t go far enough, not because Managua thinks climate change is a Chinese hoax. Giving signatories voluntary responsibility without punishing member nations that didn’t hit their goals is a “path to failure,” Nicaragua’s delegate to Paris said in 2015. The deal has no shortage of critics for its lax requirements but remains widely viewed as an indispensable platform for ongoing and future collaboration.