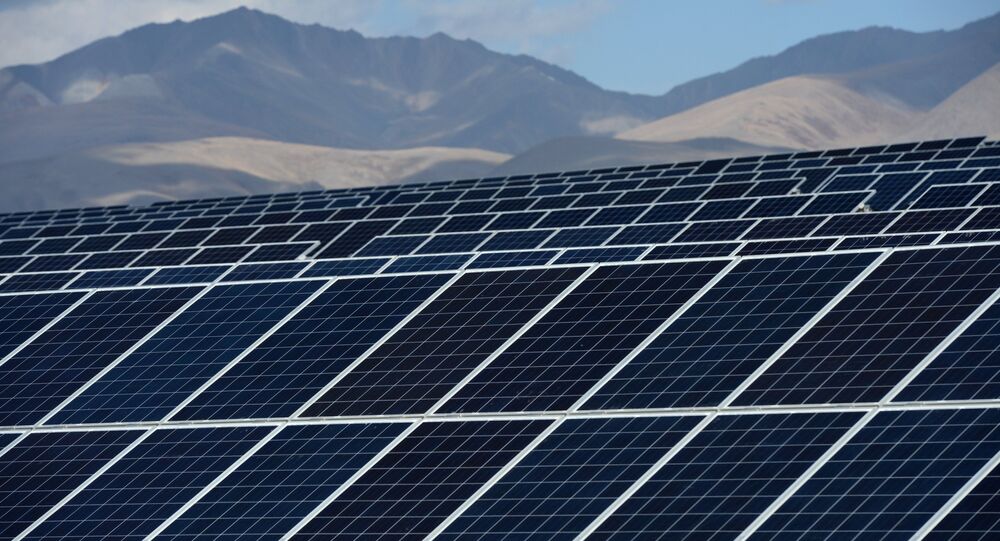 Investment in renewable energy will continue to grow worldwide and in Russia in particular.

“We are seeing innovation trends that are driving the cost of technologies down even further, and we are seeing that more and more markets are coming in to investment in renewables. We are seeing investment around the world growing by around 300 billion a year,” Amin said, adding that Russia is expected to increase its renewable energy sector fourfold by 2030.

Russian authorities appear to agree with such prospects, as the technology is developing fast and Russia, despite being an oil and gas exporting country, also “needs to look at the future of its industry,” Amin added.

He stressed that renewable energy is creating jobs quicker than any conventional energy stocks, which is an important factor for governments that are looking to stimulate economies and create employment.

“And renewables, development and innovation is creating a new industrial trademark, it’s creating new skills, it’s creating innovation and scientific, technical processes that are required for future economies. Russia wants to be part of that,” Amin explained.

© Photo : Pixabay
Qatar Seeks Regional Leadership in Use of Alternative Energy
Moreover, the demand for oil as a valuable commodity in the future will come from areas other than power generation, where oil is gradually being replaced by alternative energy sources, International Renewable Energy Agency (IRENA) Director-General, the Global Energy Prize International Award Committee member Adnan Amin told Sputnik on the sidelines of the St. Petersburg International Economic Forum (SPIEF).

"There will continue to be a demand for oil. Oil is a very valuable commodity, and now more and more people are realizing that burning oil for electricity is a very inefficient way of using oil. Oil has other uses. Industrial value added activities, petrochemicals and so many other applications of oil as a resource," Amin said.

He added that in generating power, renewable energy and gas are going to be the dominants in the future, while oil will still have other uses such as in powering transport.

SPIEF kicked off on Thursday in Russia’s St. Petersburg and will continue through Saturday. The Sputnik news agency is an official media partner of the forum.

India Trumps US as World’s Most Attractive Renewable Energy Market