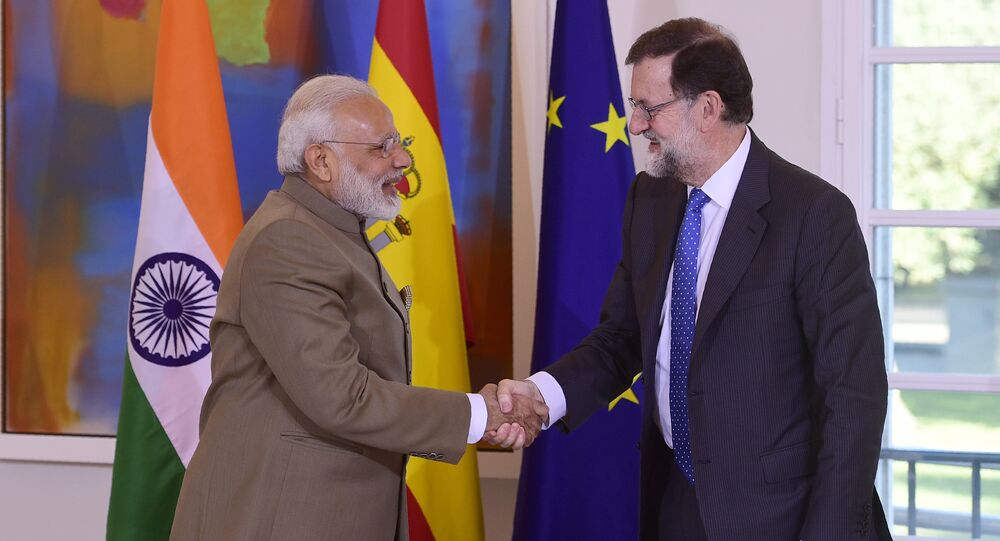 © Sputnik / Said Tsarnaev
Russia to Supply China, India With Helicopters by 2020 – Manufacturer
New Delhi (Sputnik) — Indian Prime Minister Narendra Modi and Spanish President Mariano Rajoy agreed to enhance defense cooperation. The two leaders agreed to combat the menace of terrorism and stressed that there should be zero tolerance to terrorism.

“President Rajoy and Prime Minister Modi recognized that terrorism poses the gravest threat to international peace and stability and expressed their strong commitments to combat terrorism in all forms and manifestations. They stressed that there should be zero tolerance to terrorism and that there can be no justification whatsoever for any act of terror. We reiterate that the fight against terrorism requires a robust international cooperation, and we call on all the States to fully implement Security Council resolution 1373 and all other relevant resolutions, by establishing strong legal provisions against terrorism, terrorist networks, incitement to terrorism and financing for terrorism,” the joint statement released after the meeting said.

“Both leaders welcomed efforts to further cooperation between defense industries, including co-development of co-production agreements and technical cooperation. In particular in the advanced aerospace sector, it will include the participation of the Spanish Defense Industry in the Make in India program for the Indian defense markets and third country exports,” the joint statement added.