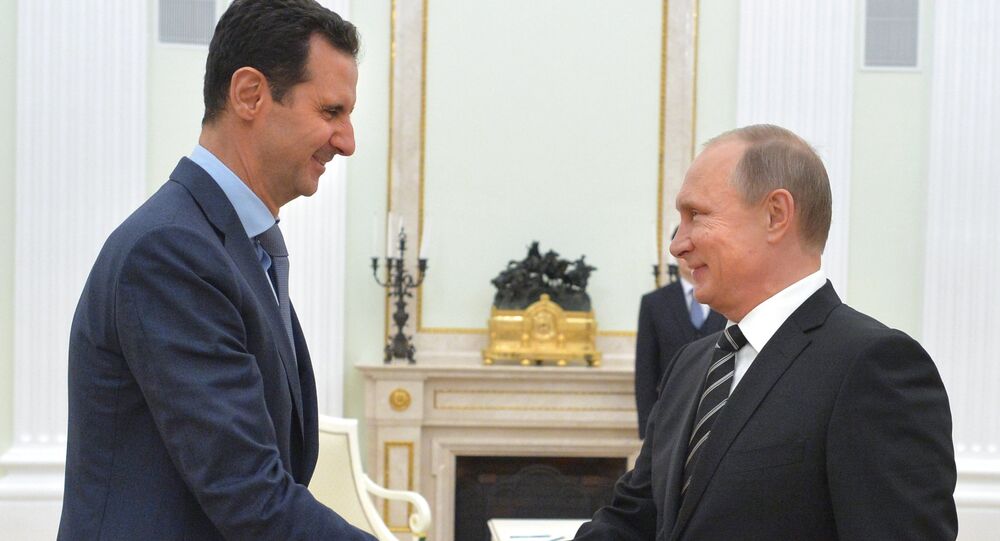 Putin: No Proof of Assad Government's Use of Chemical Weapons

Russian President Vladimir Putin stated that there no proof that President Bashar Assad has used chemical weapons in Syria.

PARIS (Sputnik) — There is no evidence indicating that the government of Bashar Assad has used chemical weapons in Syria, all claims in that respect are a provocation, Russian President Vladimir Putin said in an interview with France's Figaro newspaper following his visit to France.

"In my opinion, the accusations have been made for the sole purpose of justifying the use of additional measures, including military ones, against Assad. That is all," Putin said.

"There is no proof that Assad has used chemical weapons. We firmly believe that that this is a provocation. President Assad did not use chemical weapons," the Russian president stressed.

'Putin is Not Assad's Lawyer, He is Defender of Int'l Law' - Kremlin

Assad Not Ruling Out Trilateral Talks With Putin, Rouhani

No Putin-Assad Contacts in Plans Yet - Kremlin Spokesman