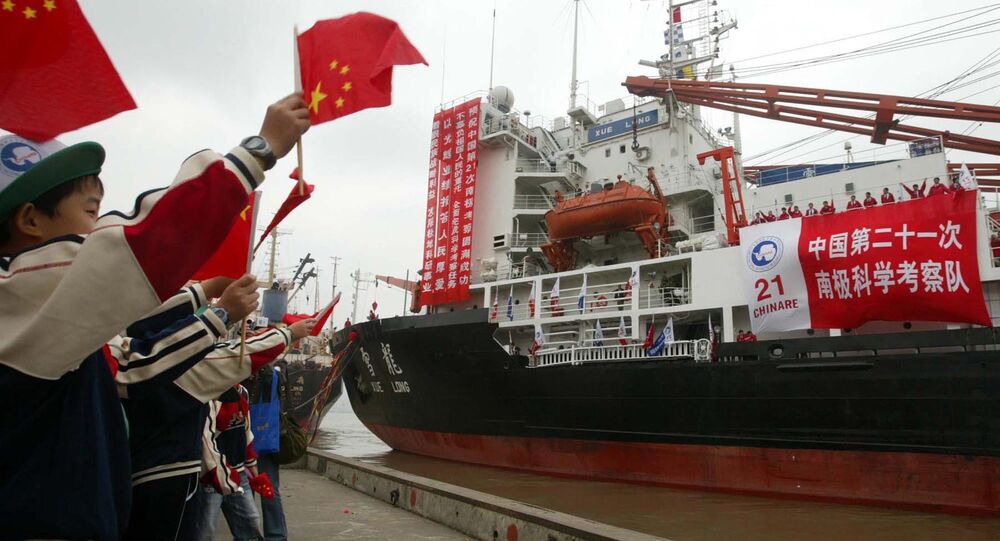 Both Russia and China will benefit from bilateral cooperation on developing the Antarctic, Vyacheslav Martyanov of the Arctic and Antarctic Research Institute of Roshydromet told Sputnik.

According to Valery Lukin, head of the Russian Antarctic Expedition, the memorandum was initiated by the Chinese side during a series of international meetings on the development of cooperation in the Antarctic which are currently under way in Beijing.

China and Russia agreed to join efforts in order to carry out a number of very expensive research and logistics operations at the South Pole, which are very expensive.

Given that these operations are conducted far from the polar stations of the two countries, such cooperation can bring a synergy effect, experts said.

For his part, expert Vyacheslav Martyanov from the St.Petersburg-based Arctic and Antarctic Research Institute of Roshydromet told Sputnik that cooperation of efforts to study unique natural objects in the Antarctic will benefit both sides.

Martyanov specifically pointed to the scale of China's research work in the Antarctica, especially in its eastern part, where Russia's Progress research station is located.

He recalled that in the past twelve months, Chinese specialists have been based at the Progress airfield to deal with China's Antarctic aviation program.

"They are always interested in cooperating with Russian polar explorers. Despite huge funds that they invest in the purchase of machinery and equipment, they have problems with the qualifications of specialists who work in the Antarctic. Very often our ordinary mechanics help their Chinese colleagues in operating the equipment. It seems that hefty sums do not always give the result which is expected of them," Martyanov said.

Speaking to Sputnik, Chinese expert Li Yuansheng, in turn denied the accusations of the US and EU countries that China is allegedly preparing to use the natural resources of the South Pole.

"China's activities in the Antarctic are based on the observance of the Antarctic Treaty. In addition, Beijing's activities in this region are connected exclusively with scientific research. The key priority is climate change-related research rather than preparation for the development of the South Pole's natural resources," he pointed out.

In November 2016, Russian President Vladimir Putin said that work of Russian specialists in the Antarctic region is vitally important and research of the southernmost continent has long-term prospects.

© Sputnik / Vladimir Astapkovich
Russia, China Agree to Expand Cooperation on Arctic Exploration
He added that research activities in the region around the South Pole helps in exploration of the Earth, and that more than 80 percent of the planet's fresh water was in the Antarctic.

The Antarctica was discovered by the expedition led by Russian explorers Fabian Gottlieb von Bellingshausen and Mikhail Lazarev in 1820.

Since then, Russian scientists have been involved in the exploration of the southern continent. According to the international Antarctic Treaty, only scientific activities are allowed to be held at the continent.