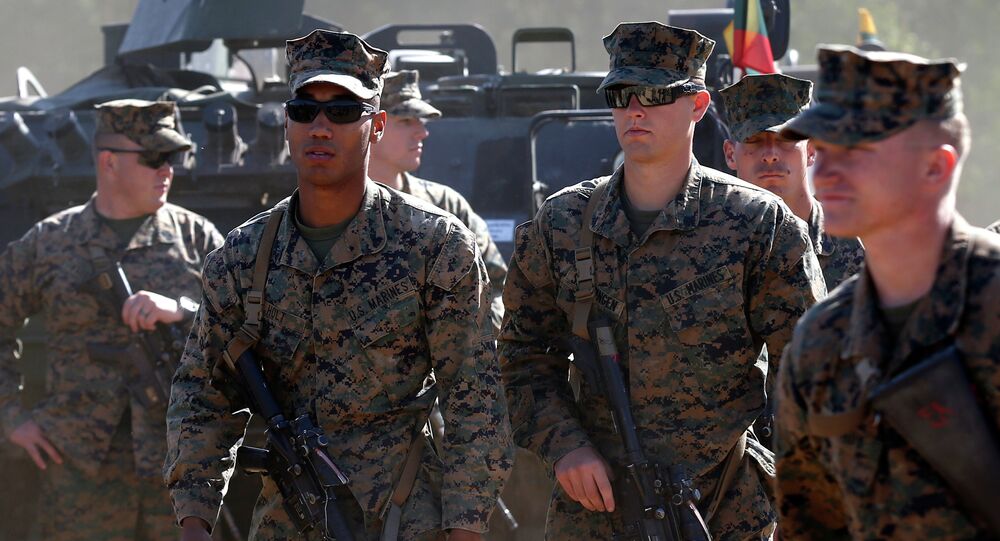 Military troops from the United States and 19 other nations will participate in a four-week NATO battle group training exercise in Eastern Europe beginning on May 28, US Army Europe said in a press release on Thursday.

© REUTERS / Ints Kalnins
Over 2,000 Servicemen to Participate in US-Led Saber Strike Drills in Latvia
WASHINGTON (Sputnik) — Saber Strike 17 exercises will be held from May 28-June 24 in multiple locations throughout Estonia, Latvia, Lithuania and Poland.

"The key exercise objective will be training and exercising the NATO Enhanced Forward Presence Battle Groups with a focus on promoting interoperability with allies and regional partners and improving joint operational capability in a variety of missions," the release stated.

Training events will include a convoy by Battle Group Poland convoy from the city of Orzysz to southern Lithuania; maritime equipment and amphibious assault exercises in Latvia; live fire exercises in Poland and Lithuania; and an air assault and river crossing by the British Royal Marines at the Poland-Lithuania border.

US Army Europe said the exercises will facilitate cooperation among the United States and allied and partner nations in Europe.

In addition to US and host nations’ forces, troops from Belgium, Canada, Croatia, Denmark, Finland, France, Germany, Italy, Luxembourg, the Netherlands, Norway, Portugal, Slovenia, Slovakia and the United Kingdom will participate in the drills.