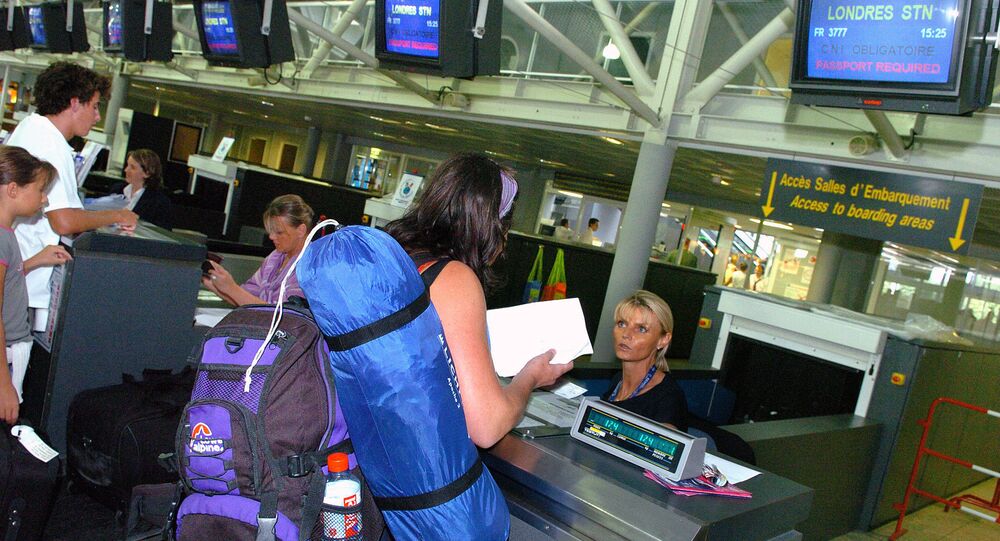 High-level transport and security representatives from the European Union and the US are scheduled to meet in Brussels on Wednesday to discuss the possible expansion of the inflight laptop and tablet ban to include trans-Atlantic flights.

The possible ban would affect the roughly 65 million people who travel from Europe to the United States each year, on more than 400 flights per day.

Department of Homeland Security Deputy Secretary Elaine Duke is said to be leading the US delegation, and European Commission spokesman Margaritis Schinas will lead that of the EU.

Schinas said in a statement that the talks are "to jointly assess any new threats and work toward a common approach to address them."

A ban on tablets and laptops on flights from 10 cities, mostly in the Middle East, has been in place since March. The current ban affects roughly 50 flights per day.

After the previous round of restrictions, the US asserted that there was no specific new threat and that expanding the ban it was just a precaution, given that extremists have long targeted airplanes.

European officials have argued that such a ban in the EU would create chaos in their busy travel hubs.

On Friday, officials from France, Britain, Germany, Spain and Italy held an emergency teleconference with the Department of Homeland Security over the proposal.

"The US and the EU are on the same side when it comes to fighting terrorism and protecting our security," Dimitris Avramopoulos, EU commissioner for migration, home affairs and citizenship, said in a statement prior to last week’s phone call.

Avramopoulos added that he looks forward to “welcoming Mr. Kelly and his experts in Brussels next week to continue our positive talks."

Security First: US May Introduce Ban on Laptops Aboard Flights From UK