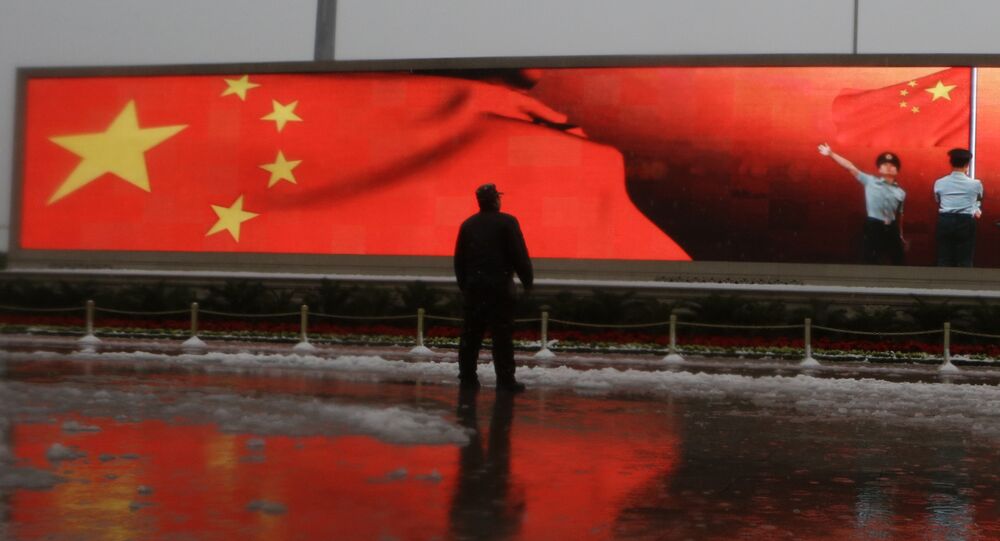 On Monday, an international forum devoted to the One Belt One Road infrastructure project ended in the Chinese capital of Beijing. During the summit, China indicated its ambition for a global leadership role.

The One Belt One Road initiative is also informally known as the New Silk Road, a large-scale infrastructure project, including the Silk Road Economic Belt and Maritime Silk Road, as well as a number of other China-led geopolitical initiatives across Eurasia.

© Sputnik / Sergey Guneev
China's New Silk Road: 'When It Comes to Business There's No Need for War'
The New Silk Road is believed to be one of the most ambitious economic projects of the first half of the 21st century.

However, the project will be bigger than a logistics network for delivering Chinese-made goods to those markets. According to the Chinese president, the New Silk Road is a project of a civilizational scope, meant to unite nations on their way to development and prosperity.

What China Needs to Take the Lead

The first of its kind, the forum held on May 14-15 in Beijing ended with a "triumph" for China, according to Gevorg Mirzayan, associate professor at the Department of Political Sciences of the Finance University under the Government of the Russian Federation.

According to Mirzayan, it is no surprise that leaders and businessmen from around the world visited the Chinese capital to participate in the summit.

"Xi said that China would unveil over $120 billion for new projects within the New Silk Road framework. According to some estimates, China’s spending on the project may reach a total of several trillion dollars. The final declaration of the forum was written in a manner to disperse concerns that by implementing the project Beijing wants to drag other countries into its geo-economic orbit," Mirzayan wrote in an op-ed for Sputnik.

Meanwhile, the Chinese leader said that all countries, even those remote from China-Europe transportation routes, are welcome to join the New Silk Road initiative.

"No matter if they are from Asia and Europe, or Africa or the Americas, they are all cooperative partners in building the Belt and Road," the Chinese leader said during the opening of the forum.

© AP Photo / Ahmed Omar
Xi: China 'Has No Intentions to Impose Its Will' on Other States Via Silk Road
He added that Beijing expects to "create is a big family of harmonious coexistence."

"Of course, Xi did not mention who is going to be the head of this family. This is a rhetorical question," Mirzayan noted.

A recent article in The Economist read that the New Silk Road project is the "clearest expression so far of Xi’s determination to break with Deng Xiaoping’s dictum to 'hide our capabilities and bide our time; never try to take the lead,'" it read.

According to the magazine, The Belt and Road Forum laid out "China’s claim to global leadership."

However, Mirzayan wondered whether Beijing is ready to the role of a global leader.

According to him, despite the fact that China has a well-performing economy and a lot of spare money, the country lacks several crucial features.

"Beijing is promoting its specific vision of socialism, including a fairly developing state based on a set of national values and ideals. However, this model is not well developed yet," the author pointed out.

© Flickr / Martijn Nijenhuis
China's New Silk Road to Facilitate Transit to a 'New Form of International Relations'
Second, China is not ready for an active political role in the international arena. According to Mirzayan, Beijing does not want to take the risk and make independent decisions on important global issues such as Syria and others.

Finally, despite the size and capabilities of the Chinese military, its global force projection capacity remains in question.

"Until China develops its military and political capabilities to the level of its economic power it is hard to talk about China as a global leader. At most China will remain a junior partner of the US," Mirzayan pointed out.

Meanwhile, while China’s prospects for global leadership are doubtful, its regional ambitions are out of question, according to the expert.

© AP Photo / Andy Wong
New Silk Road: What to Expect From Russia's Involvement in Chinese Megaproject
During his speech at the opening ceremony of the forum, Russian President Vladimir Putin said that the creation of an economic development belt and organization of mutually beneficial trade between Asia and Europe seem to be important initiatives and also reflect the overall need for coordination of diverse integration processes on the Eurasian continent and in other regions of the world.

While Beijing is likely to face opposition from ASEAN members, Central Asia is ready for Chinese investments. Beijing has serious plans of economic expansion in the region, which is likely to result in growing Chinese influence over Central Asia.

According to Mirzayan, such a scenario is not a threat for Russia because Beijing’s priority goal is to "stabilize regimes in Central Asian countries via gradual economic and social development," which also serves Moscow’s interests.

He pointed out that China is unlikely to squeeze Russia out of the region because Beijing does not want confrontation with Moscow. China understands that its plans to develop transportation routes to Europe are impossible without good ties with Russia due to security reasons.

Putin: Russia Will Actively Participate in 'One Belt, One Road' Initiative