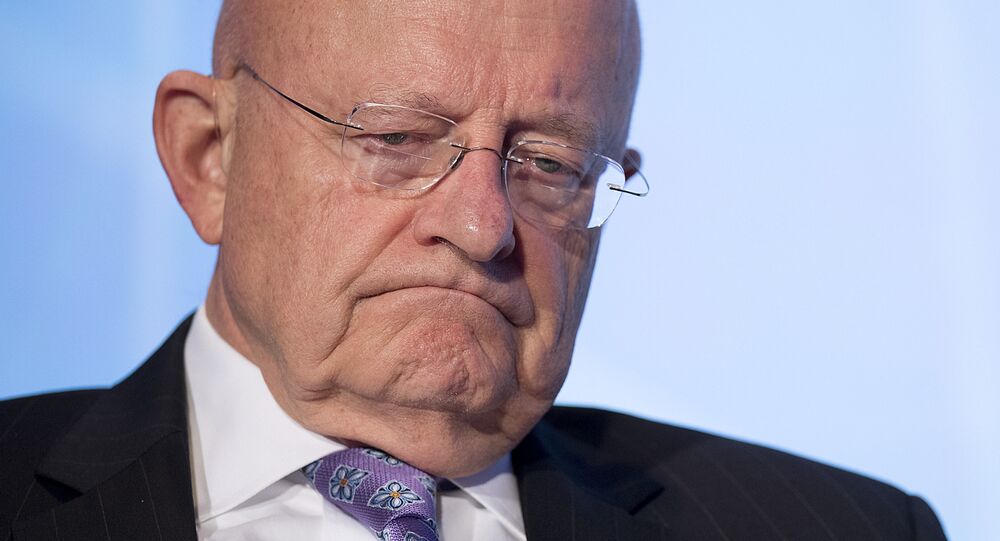 Clappers Reaffirms Had No Knowledge of Alleged Trump-Russia Collusion

James Clapper said that he was not aware of any information or evidence of US President Donald Trump's ties with Russian officials.

© AP Photo / Carolyn Kaster
Almost Half of US Citizens Feel Comey's Dismissal Linked to "Russia Probe"
WASHINGTON (Sputnik) – Former Director of National Intelligence (DNI) James Clapper said on Friday that he was not aware of any information or evidence of US President Donald Trump's ties with Russian officials.

Clapper added that at the end of his tenure, the DNI was focused on the intelligence community's assessment of the alleged Russian interference in 2016 presidential election. Moreover, convicting anyone of collusion with Moscow was out of his scope, Clapper stressed.

However, the former DNI chief stated that it would be in everyone's interest to get to the bottom of the story, which would help to "clear the cloud" around the Trump administration.

Trump: Russia 'Must be Laughing' at Democrats' Excuse for 2016 Election Failure