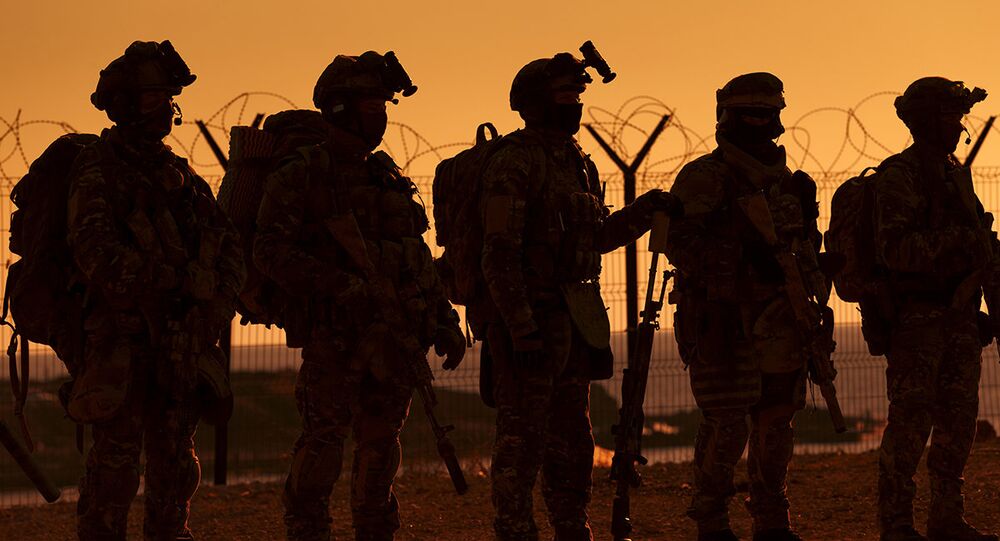 A group of officers from the Russian Defense Ministry's Special Operations Forces was decorated with medals for showing unprecedented courage in the fight against terrorists in Syria; the decree to this effect was earlier issued by Russian President Vladimir Putin.

During an award ceremony, a commander of the group who was awarded a Gold Star and named a Hero of the Russian Federation said that they were part of a 16-strong Russian military unit which managed to successfully repulse attacks conducted by 300 jihadists.

"We avoided casualties due to good shelter and location. Besides, we had a good advantage in terms of armament and equipment, including thermal imaging sights. All this added to our success," the commander said.

He also heaped praised on the courageous actions of each and every serviceman of the unit who was committed to fulfilling the tasks assigned to him.

Independent Russian security expert Igor Nikolaychuk told Sputnik that the terrorists were defeated also thanks to tactics employed in the preparation and use of Russian Special Forces' groups.

"First and foremost, I would single out the strategies which have been in place since the Afghan war, when the problem of anti-terrorist activity was being resolved with the help of small-size, mobile and well-trained groups," Nikolaychuk said, referring to the legendary Alfa anti-terrorist group.

"This is a very interesting story and much, as they say, remains behind the scenes. In any case, I think that glorious traditions will continue and we see that the work style of the Russian Special Forces was never scrapped," he noted.

"Training is constantly being improved, and the current Special Operations Forces are touted as highly professional and elite troops," Nikolaychyuk concluded.

© Photo : Russian Defense Ministry
Russian Aviation Conducted Over 77,000 Airstrikes in Syria Since 2015
Throughout the civil war in Syria, government troops have fought numerous opposition groups and terrorist organizations such as Daesh, which is outlawed in Russia; the conflict has lasted about six years.

In March 2017, Lt. Gen. Sergei Rudskoi, the chief of the Russian General Staff Main Operational Directorate, said that Russia's Aerospace Forces and Special Operations Forces played a key role in decimating Daesh terrorists in the battle for the ancient Syrian city of Palmyra.

Assad Not Ruling Out Russian Ground Troops' Help in Syria