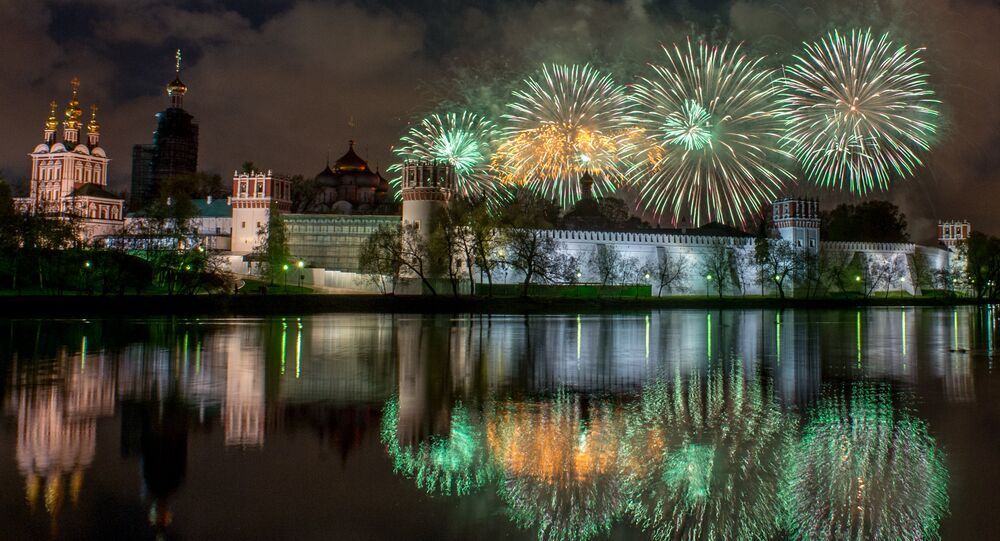 Russia is satisfied with a large number of international delegations during this year's May 9 Victory Day, Kremlin spokesman Dmitry Peskov said Wednesday.

© Photo : Youtube/Sputnik
Best Moments of 2017 Victory Day Parade in Moscow
MOSCOW (Sputnik) — Moscow never planned on receiving a large number of international delegations during this year's May 9 Victory Day commemorative events in the capital city since it was not a jubilee year of the Soviet victory over Nazi Germany, Kremlin spokesman Dmitry Peskov said Wednesday.

"Since it was not a jubilee, there was no broad international participation. Indeed, when [Russian President Vladimir] Putin and [Moldovan President Igor] Dodon were in Bishkek the last time, the Moldovan president was invited to Moscow, and he gratefully accepted this invitation, therefore he attended [the event]. No other international participation was foreseen," Peskov told reporters when asked if all those invited to attend commemorative events were present.

On Tuesday, Russia, as well as a number of other countries within the Commonwealth of Independent States (CIS) and Europe held commemorative events and marches to celebrate the 72nd anniversary of the victory of the Soviet Union over Nazi Germany in the World War II.