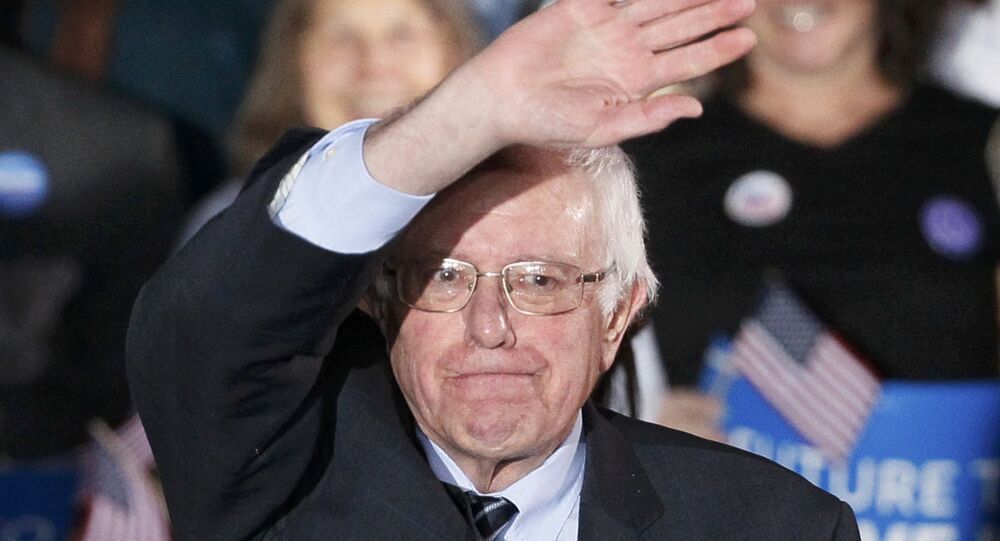 Bernie Sander said that the United States should cooperate with China to prevent a conflict with North Korea that would turn into a nuclear war.

© REUTERS / Rick Wilking
Bernie Sanders Says Trump's Tax Reform Will Make 'Rigged US Economy Worse'
WASHINGTON (Sputnik) – US Senator Bernie Sanders said Friday that the United States should cooperate with China to prevent a conflict with North Korea that would turn into a nuclear war.

"They are in a position to tighten the screws on North Korea and tell them they cannot continue their missile program or their nuclear program," Sanders concluded.

The situation on the Korean peninsula has become aggravated over recent months since North Korea carried out a series of missile launches and nuclear tests in violation with the UN Security Council resolutions.

The latest of these so-called provocations occurred on April 5, when a ballistic missile was launched from Sinpo, South Hamgyong province in the direction of the Sea of Japan, and on April 16, when another missile test was conducted, albeit unsuccessfully, according to South Korean defense officials.