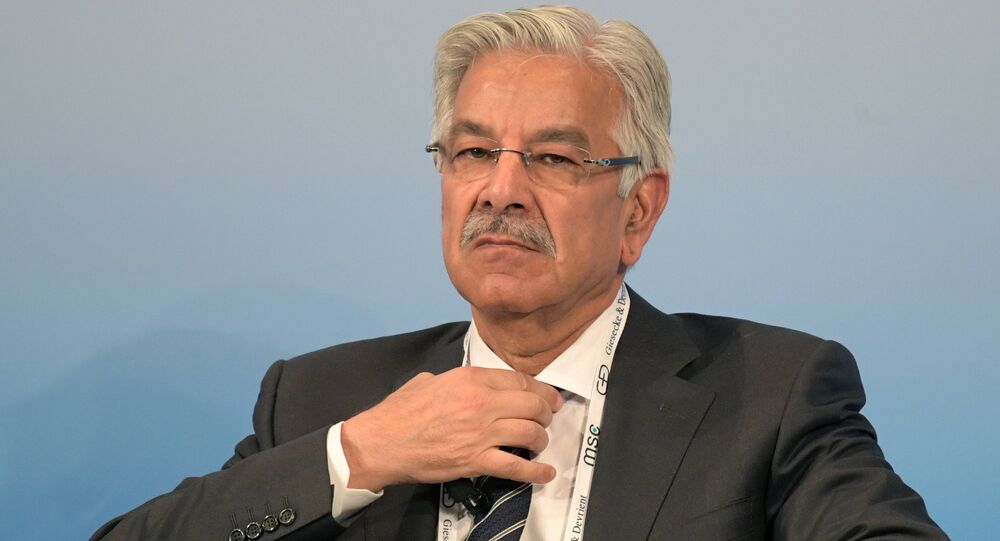 Defense Minister said that Pakistan highly appreciate Russia's role in the Astana talks on Syrian reconciliation and considers that the international community should support any such efforts aimed at upholding the ceasefire.

"Astana is a good initiative aimed at bringing piece to Syria. It is a good effort and we are very supporting of these efforts. Any efforts in a direction of restraining warring parties should be supported. We welcome a role that Russia plays in it," Asif said on the sidelines of the Moscow Conference on International Security.

Earlier in the day, Asif held a meeting with Russian Defense Minister Sergei Shoigu on the sidelines of the conference.

In January, Russia, along with Turkey and Iran, the guarantors of the Syrian ceasefire, initiated talks in Kazakhstan's capital of Astana devoted to Syrian reconciliation. During the first round of talks, Damascus representatives and the armed opposition sat together at the negotiation table the first time since the beginning of Syrian civil war in 2011.

Astana has hosted three rounds of talks in January, February and March. During the talks, the participants agreed to set up a ceasefire monitoring group, among other issues. The next meeting on Syria in Astana is expected to take place in early May.