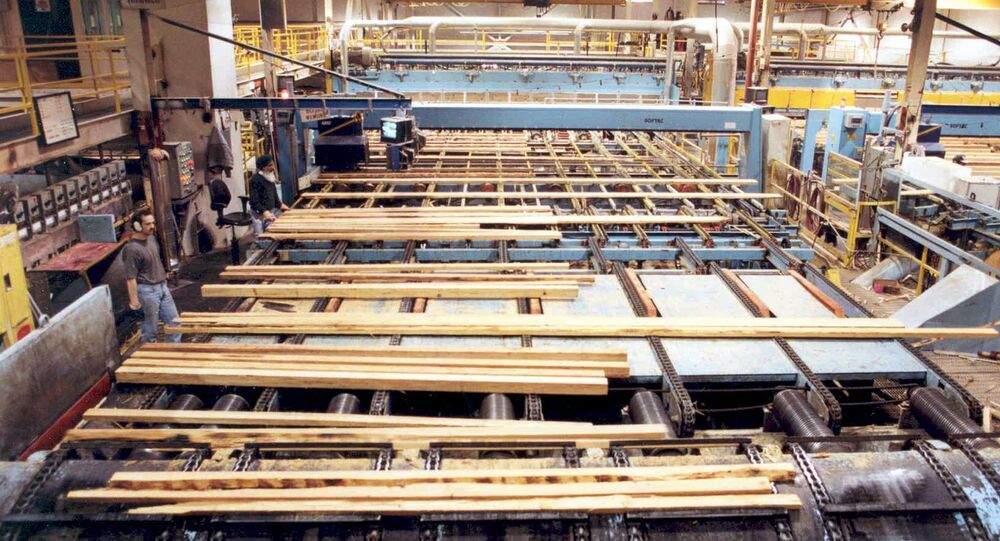 US Secretary of Commerce Wilbur Ross said that recent imposition of tariffs by the United States on Canadian lumber do not indicate the beginning of a trade war between the two countries.

© CC BY-SA 2.0 / Tony Webster / Canadian Flag
US, Canada Energy Leaders to Meet in Washington Before End of March
WASHINGTON (Sputnik) – The recent imposition of tariffs by the United States on Canadian lumber do not indicate the beginning of a trade war between the two countries, US Secretary of Commerce Wilbur Ross said in an interview on Tuesday.

"I don't think this marks trade war with Canada," Ross told CNBC referring to the tariffs to Canadian lumber. "By and large, things are calm between the United States and Canada."

Trump reiterated the pledge to get tough on trade with Canada, saying on his Twitter earlier on Tuesday: "Canada has made business for our dairy farmers in Wisconsin and other border states very difficult. We will not stand for this. Watch!"

The tweet echoed comments Trump made last week, when he called the Canadian dairy tax a "disgrace" and blamed it on the North American Free Trade Agreement (NAFTA).

Trump has largely based his presidential campaign on the promise to improve the national economy, support working class and "Buy American, Hire American" pledge.

US, Canada Committed to Moving Forward on Energy Infrastructure