The Parliamentary Assembly of the Council of Europe (PACE) tried on Monday to issue a vote of no confidence in its President Pedro Agramunt over his trip to Syria, during which his delegation met with the country’s President Bashar Assad. 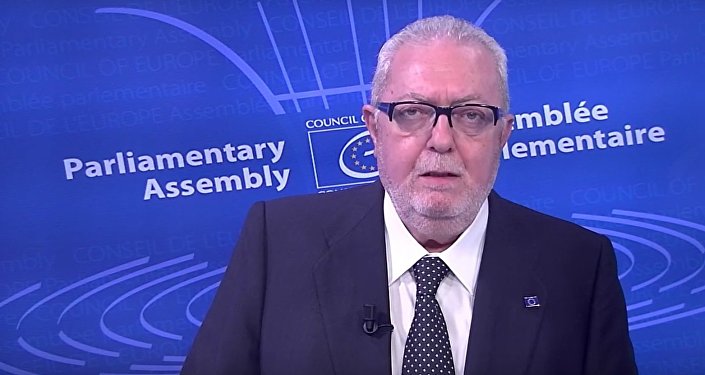 © Photo : YouTube/ Council of Europe
No-Confidence Vote Proposal Due to PACE President's Syria Visit With Russian MPs Halts Session
STRASBOURG (Sputnik) – On March 20, Russian lawmakers and some 10 PACE delegates, including Agramunt, visited Syria to discuss settlement efforts. During the visit Agramunt pointed out that he did not represent PACE and was on a private mission.

The first day of the PACE spring session started with Agramunt’s apologies.

"This visit was a mistake. And I have recognized that since I have seen full consequences of it," Agramunt said.

He pointed out that he had underestimated the reaction to his Syria visit within PACE, adding that he made around 50 visits as the organization’s president, none of which caused such an outcry. 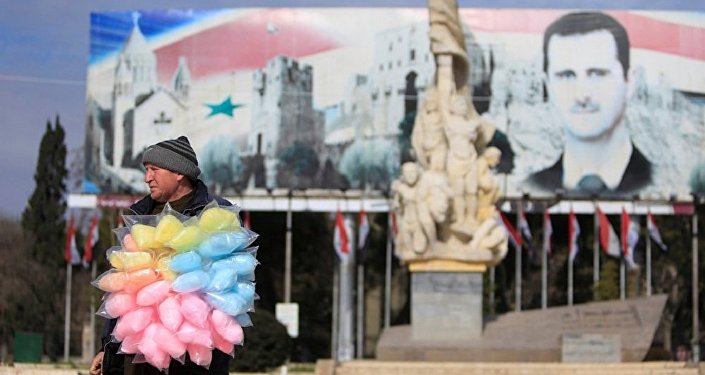 According to a Sputnik correspondent, Agramunt’s statement had a bombshell effect on the PACE session, with the organization’s members demanding for a motion of no confidence in Agramunt.

The PACE president suspended the session for 10 minutes, left the conference hall and did not return after the session resumed.

PACE Secretary General Wojciech Sawicki said the assembly would hold a hearing on the no-confidence vote and that all members could take part and ask questions. He added that he would provide information on the time and place of the hearing later in the afternoon.

© AP Photo / Sergei Grits
Astana Could Facilitate Both Political and Military Settlement in Syria - Russian Parliamentarian
Later in the day, PACE said in a press release that Agramunt had agreed to participate in a hearing over his visit to Syria.

"PACE President Pedro Agramunt, in view of the request of a significant number of members, agreed to participate in a hearing, open to all Assembly members, on his recent visit to Syria," the press release said.

The hearing is scheduled to take place on Tuesday.

A source in the PACE told Sputnik that Agramunt was expected to answer questions about the visit’s itinerary and the party that invited him Syria. The Ukrainian delegation is expected to demand the resignation of the PACE president. However, another source said that PACE did not have a formal procedure on the motion of no confidence and the decision to resign could only be made by the president himself.

Why Syria Hasn't Given Up After Six Years of Conflict