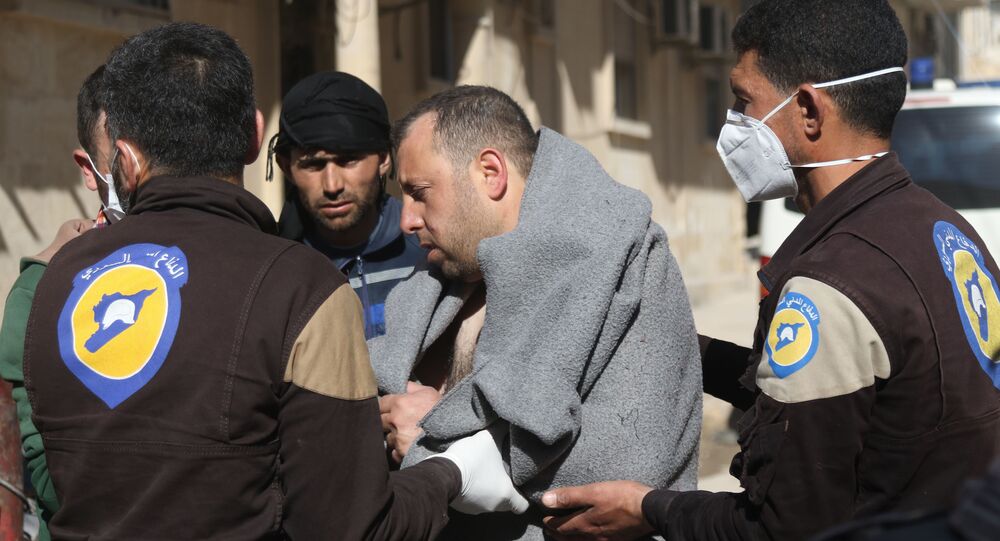 Russia and Iran have submitted new proposals to the Organization for the Prohibition of Chemical Weapons (OPCW) concerning the alleged chemical attack in Idlib, Syria.

© AFP 2021 / Omar haj kadour
New Provocations Similar to Alleged Idlib Chemical Attack Possible in Syria - Assad
However, the OPCW voted against the proposals from Moscow and Tehran, the UK delegation to the organization said Thursday.

On April 4, a chemical weapons incident in the Syrian province of Idlib claimed the lives of some 80 people and inflicted harm on an additional 200 civilians.

The Syrian National Coalition of Revolutionary and Opposition Forces, as well as a number of Western states, have accused Syrian government troops of carrying out the attack, while Damascus has refuted these allegations. Russia has called the allegations groundless and called for an objective investigation into the incident.

Commenting on the Russian and Iranian proposals, Iranian diplomat and expert in Middle East problems Seyed Hadi Afghahi said that this move once again proved that Moscow and Iran want a detailed and unbiased probe into the Idlib incident.

"Recently, there have been an increasing number of facts and details proving that the incident was staged. The terrifying pictures of children reportedly affected by toxic gas are a fake. They were used as a pretext for the US missile strike on a Syrian airbase. Moscow and Tehran should make a maximum effort and insist on this resolution, including establishing a group of independent experts from the UN Security Council (UNSC), the OPCW and regional countries," Afghahi told Sputnik Persian.

© REUTERS / Jonathan Ernst
US Defense Secretary Accuses Damascus of Retaining Chemical Weapons
The expert underscored that despite the fact that the resolution has been rejected by the OPCW, it could be approved by the UN Security Council if Russia reached an agreement with the United States.

"Otherwise, the US would reject the proposal. But informal talks, not in the UNSC, could be organized, involving Russia, the US, Iran and others. As an option, a group of specialists can be formed to conduct a probe and then submit the results to the UNSC. So, we’ll have to wait for the response from Washington and its allies," he said.

Russian political analyst and specialist in the Middle East Nikita Smagin suggested that there is a chance to convince the US of the importance of an independent investigation into the Idlib incident.

At the same time, he warned, such an investigation usually takes several months or even years.

"We remember the chemical attack in Ghouta in 2013. The investigation has taken several years, and now it is still unclear who was responsible. This time, it would probably be the same. Even if those responsible are identified, it will be too late for action," Smagin explained.

© East News / Peter Dejong
OPCW Rejects Russian, Iranian Proposal on Investigating Idlib Chemical Incident
He also noted that even if the investigation is possible, it is unlikely to change the situation, including the West’s attitude towards Syrian President Bashar Assad.

"Currently, only Russian and Syrian planes are operating in Syrian airspace. There is no doubt that Russia was not involved. If it turns out that the attack was air-delivered it means that Syrian forces were responsible. But if it turns out that the toxic gas bomb exploded on the ground it is clear that the Syrian Army was not involved. This is not difficult to identify, but it takes some time. I think sooner or later we’ll find the truth, but it will not affect decisions made by politicians," Smagin concluded.